Welcome to the weekly roundup of the best new Android applications, games, and live wallpapers that went live in the Market or were spotted by us in the previous 3 weeks or so.

This edition focuses only on new tablet apps or ones that added tablet support. Regular apps are coming soon. Games are here.

I was quite impressed with OnLive's new Desktop tablet app (did I say that right?), which spins up an instance of Windows 7 Cloud edition - you guessed it, in the cloud, complete with full Office productivity programs and a few other nice things. Check out the review linked above for all the details.

I'm curious how things will play out, however, as Microsoft doesn't seem to be too happy about the way OnLive is using their software at the moment.

OnLive Desktop is a service that provides a seamless, no-compromise, instant-response cloud-based PC desktop, wherever and whenever you want it. OnLive brings to your Android tablet a high-performance PC experience, regardless of the content, even when interacting with fast-action media. Based on groundbreaking video compression technology, OnLive harnesses the power of cloud computing to deliver a seamless, no-compromise remote PC desktop solution.

Want to play 3D PC games on your tablet? Now, with the "Best of CES 2012" award-winning Splashtop THD, you CAN. Notice: This version is only compatible with NVIDIA’s Tegra 3 equipped tablets (Ice Cream Sandwich). To play Skyrim in FULL screen mode, you need a computer with NVIDIA GeForce graphics card or else the game can only be played in windowed view. Please visit http://bit.ly/ymiiFg for more details. Splashtop THD is the ONLY remote desktop app that streams smooth, high-res video and audio from your PC or Mac, allowing you to play games on your tablet, interact with your PowerPoint, Word, Excel, Outlook, other applications, and files over Wi-Fi and 3G/4G networks. With Splashtop THD, you can:

* Play graphic-intensive games on your tablet with optimized gesture
* Fully access your applications on your tablet such as PowerPoint, Keynote, Outlook, Excel, Word, etc.
* Watch videos / Flash content streamed from your computer in any format
* Listen to music on your computer in any format
* Access your full computer browser (IE, Firefox, Chrome, Safari) including your bookmarks, favorite plug-ins, and extensions (Flash, Java, etc.)

Android Police coverage: [New App] Impressive: AIDE Is An IDE That Lets You Write And Compile Android Apps On Your Android Device, Begs For The 'Yo Dawg' Treatment

While AIDE also works on phones, it's only practical on tablets (unless you use your phone's HDMI port to hook it up to a TV and an external keyboard, I guess). Therefore, AIDE will occupy a spot in both our tablet and regular app roundups. Either way, I'm highly impressed by this IDE so far. Check out the Play Store description for a detailed list of features.

AIDE is an integrated development environment (IDE) for developing real Android Apps directly on Android devices. AIDE supports the full edit-compile-run cycle: write code with the feature rich editor offering advanced features like code completion, real-time error checking, refactoring and smart code navigation, and run your App with a single click. AIDE will turn your Android tablet with keyboard into a real development box. We use the Transformer Prime running Ice Cream Sandwich to code with AIDE. AIDE will turn your Android Phone into a small development computer to browse and touch your code on the go. AIDE is fully compatible with Eclipse projects. Just copy the sourcecode to your device, open any source file in AIDE to load the project and start coding. Android Police coverage: GO Launcher Team Enters The Tablet Launcher Arena With GO Launcher HD Beta, And It's Off To A Great Start

The Go Launcher team has released the first beta of the tablet version of the launcher. It's currently not available from the Market Play Store, but you can grab the apk directly from here.

Features, in their own words: 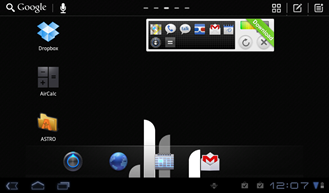 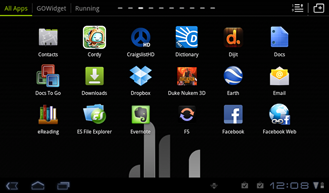 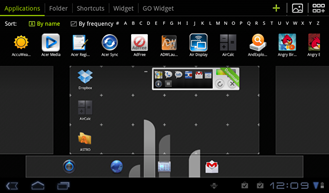 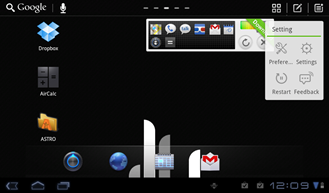 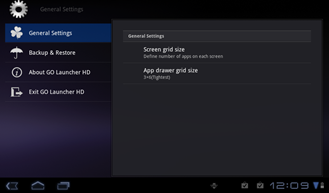 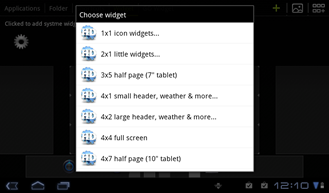 Android Police coverage: [New Game] Meltdown On Mars Sets Up A Colony On The Android Market, Pits You Against Invading Alien Hordes, Ripley-Style

Meltdown on Mars is a stunning action base-defence title. The player is the last survivor of the human colonists on Mars. They must strategically eliminate the relentless horde of aliens with guile and no mercy, earning cash to buy and install automated gun turrets, fortifying barricades, devastating mines and a variety of increasingly brutal weapons. Remembering to use the base and terrain to their advantage, they can guide the aliens down a narrow passage or into corners making them easy to ambush and destroy. Or just go on a rampage.

Meltdown on Mars is currently supported on Tegra tablets - Tegra phones will be supported in the future. Bank of America for Tablet

With Bank of America Mobile Banking, easily take your banking with you. Enjoy our native app for Android, with enhanced user interface and improved performance. Transfer money, see balances and pay bills (through optional Bill Pay), or find the closest ATM/banking center with a simple touch of a button (no address input required). You can feel secure with a leader in mobile security and our Online Banking Security Guarantee.

KEY FEATURES
• Answer simple questions, and we fill out all the right tax forms for you
• Get step-by-step guidance to find every tax deduction and tax credit you deserve
• Efile your tax return and get your tax refund in as fast as 7 days
• Your info is safe, secure and saved on your tablet 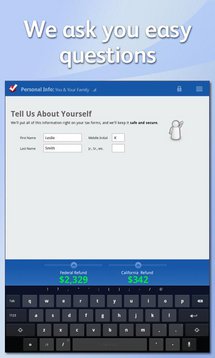 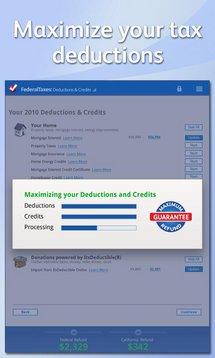 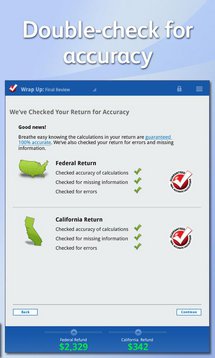 NVision is a free app that highlights the coolest entertainment across Android and PC gaming, blockbuster movies, gadgets, and technology with an eye for the most exciting and cutting-edge visuals and experiences. While best used on WiFi and oriented toward those having an interest in NVIDIA products such as GeForce and Tegra, NVision is updated daily with high-def visuals, video and in-depth stories and covers the spectrum of visual entertainment from the newest games and effects-driven movies to how visual technology is redefining entertainment, the hottest gadgets and cutting-edge science and technology that affects your digital life. And it's free. Actually, really, genuinely, free.

Be cool, my babies.

Sync with CONAN. It's TECHNO-MAGIC! The Team Coco Android tablet app lets you experience CONAN on TBS in a whole new way -- on two screens. Use the “Sync” feature to receive app-exclusive content and conversation in real-time while watching the show. Of course, the tablet app also has the full episodes you want, plus all the latest video clips, photos, web exclusives and more. It's the all-access Team Coco tablet experience you've been waiting for. 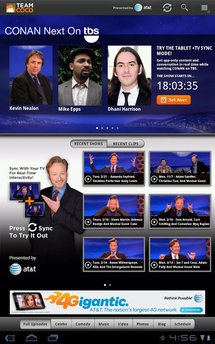 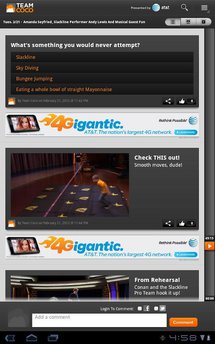 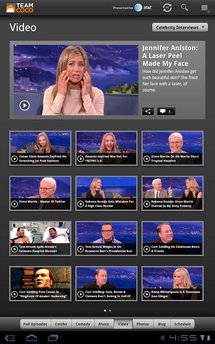 Plizy lets you sit back, relax and enjoy videos from around the web. Start by programming custom channels with your favorites and let your friends help you discover new content! It's the best way to explore this new frontier of entertainment.

And don't even get me started on compatibility - just let me know when this starts making sense: 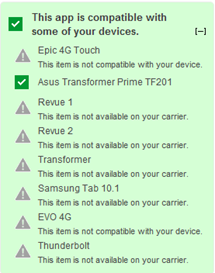 Let's see, it's available on the Prime, but not on the Tab 10.1 or the Transformer, apparently because of the carrier. Too bad all 3 of those tablets are Wi-Fi only. Things get even wilder - Cameron has the exact same Transformer Prime as I do, but his is listed as carrier-blocked, while mine isn't. He's a Verizon customer, and considering there's a Verizon-only version of the regular app, perhaps the app was set up in such a weird way that it blocks most tablets when it's only meant to block Verizon devices. But why even bother? And between this and having 5 separate apps, 2 of them paid, what a total clusterfuck.

Follow the game with the official app from the National Hockey League, the only app that offers live games and video highlights.

Upgrade to the PREMIUM version and you will also get:

Upgrade to the LIVE version and you will also get:

I saw the part below in bold and I have to admit, I had a tear in my eye.

A defensive strategy game with a tower defense feel built exclusively for tablets. Launched into space, you are a machine with a single objective. Return to earth and annihilate the entire human race. The game was built on a Galaxy Tab 10.1", though the game will work fine for a similar sized tablet. A 7" tablet is not likely to work correctly. Please note, only a 1280x800 tablet will work. This is most tablets, but not all. Features an open ended weapon upgrade system. You choose whether to litter the battlefield, concentrate on a single monolithic turret, or anywhere in between.

Also, zero permissions! I'm sorry, but I do not need to collect your text messages and browser favorites and sell them to advertisers. I'm here to make games, period. All game, no fluff.

[New App] Chainfire Brings Us SuperSU, A Souped-Up Version Of Superuser With Some Super New Features