Users from abroad with the HTC Sensation better start hitting that 'Check update' button - according to this thread on the XDA forums, the Ice Cream Sandwich OTA update just started rolling out.

HTC is being unusually quiet about the update, so it's unclear on whether or not the update is official or an accidental push, but many of the XDA members have already received it. As such, there's no official changelog at the moment, but we do know that the OTA is bringing Android 4.0.3 and Sense 3.6 to the handset. 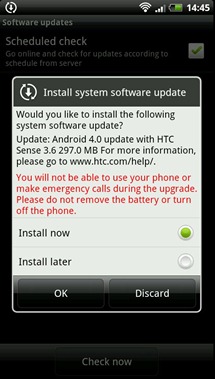 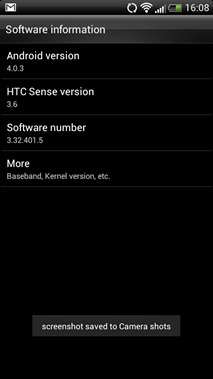 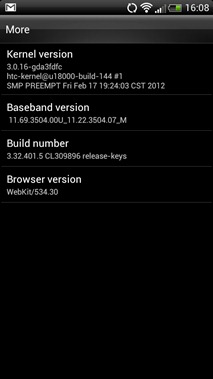 Details are pretty scarce right now, so you can keep up with the latest on the Sensation over at this thread on XDA. Alternatively, if you're running the latest stock build and have S-OFF, you can grab the file here and manually install it.

Similarly, we're also hearing that the ICS update could be rolling out to the Sensation XE in Germany right now, but again, there's no official word on the matter.