To any hardcore modder, overclocking (or underclocking) your CPU is one of the best ways to get the most from your device. While some popular ROMs now have the ability to control your CPU baked in, many don't - and in the earlier days, virtually none did. Enter SetCPU - the de facto standard.

The app has long been a favorite, picking up 100,000-500,000 downloads at $1.99 and over 17,000 ratings for an average of 4.5 stars. There's good reason for that: it offers a huge range of ways to tweak your CPU, including profiles, clock speed, voltage settings, and more. And perhaps more importantly, the app has a dev who keeps the app up-to-date and constantly improves it. 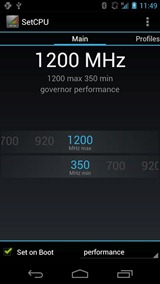 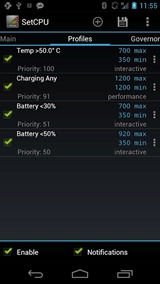 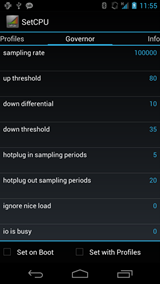 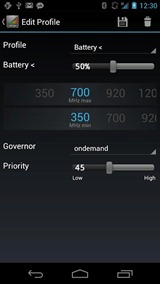 With today's update to 2.3.0.1, the app has received a huge graphical overhaul based on the new ICS design standards. The full changelog:

2.3.0.1: Fixed an issue with custom frequencies. Sorry about that!

It's certainly nice to see an app developer who continues to support his app, and even better, update the UI to be consistent with the OS. 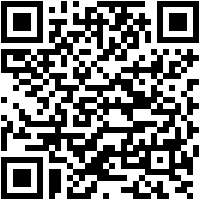