The GO team is, by now, pretty well known - and for good reason. They offer an unbelievable number of ways to overhaul your phone - such as GO SMS Pro, GO Contacts, and GO Keyboard - not to mention dozens of themes for all of their apps. But they are perhaps most well known for GO Launcher EX, and the tons of widgets (and more!) Now, they've released a new one to go with the Launcher: GO Weather Widget. 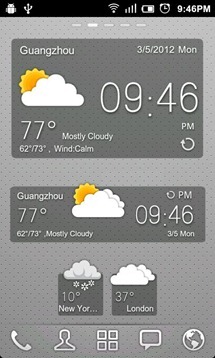 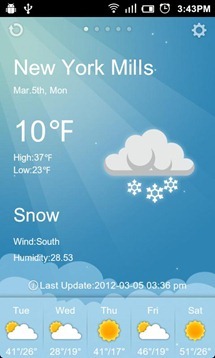 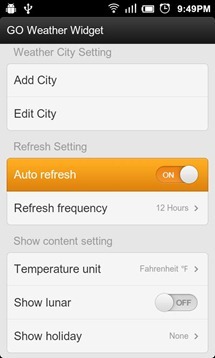 Three widget sizes are offered (as shown in the left image above): 4x2, 4x1, and 1x1. They allow for geolocation, auto and manual refresh, and support for multiple cities. As with most GO widgets, it will only work with GO Launcher EX.