Tomorrow, countless analysts and "experts" will weigh in on whether the move was a good one, hawking over Google's stock price like a cardiograph readout. Some will say it was terrible - what was Google thinking abandoning the Android branding of their content hub? Others (you know, like me) will claim it foreshadows a breakout moment for Google into the content industry.

Now, I'll admit I can be a bit of a Google fanboy at times. Watching Google unveil a new product is a bit like getting a peek into the Lockheed Skunk Works - you're seeing the culmination of a lot of debate, thinking, and work by a lot of very, very smart people. Not only that, but the products you see today are often a sort of sneak-preview those you'll be using tomorrow. Think about something like Goggles - an app that can now continuously scan what your phone sees for recognizable objects. Now, about the rumors of a set of Google HUD glasses with augmented reality and other features. I think everyone can connect the dots.

Sure, it's all tea-leaf reading to some extent, but I think we can make some fairly concrete extrapolations from Google's announcement today about the future of Android and Google's content business.

Whenever an old product gets a new name, people inevitably get upset. It's like someone walked into your garage and re-badged your car. In neon pink and comic sans. But like most things that in reality have zero consequences for your day-to-day life, people tend to sort of just get over it. Unless you do something monumentally stupid like actually attempt to un-consolidate your services (goodbye, it that shall not be named).

Google Play isn't the best product name ever conceived. But it's certainly not the worst. It also avoids being too descriptive of the product, and we'll discuss why that's important a bit later.

The one thing I think people can agree on with the change of branding for the Android Market is the logo - it's better. Is it the most amazing thing in the universe ever? No, and I think that all comes down to a matter of opinion. But come on, the Market logo was getting pretty tired, even after its numerous facelifts: 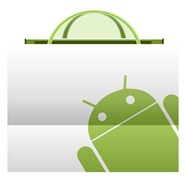 There's also the issue that the Market, and its logo, were inextricably tied to Android. Obviously, Android is one of Google's crown jewels, but leaving the Market and its riches (apps, games, music, and movies) so closely associated with Android was inherently limiting for Google. Why would you go to the Android Market to watch a movie or listen to music on your Windows or Mac computer? It just didn't make sense.

It's pretty clear that Google's strategy with this rebranding effort is to makes its content business a distinct entity, as opposed to a bloated limb of its mobile operating system. It makes sense. Apple is doing it. Microsoft is doing it. Our world is quickly getting appified - more and more we consume byte-size (pun very much intended and highly inaccurate) morsels of content, as opposed to grazing in all you can eat monthly fee buffets (admittedly, I still subscribe to Netflix streaming). We're spawning the world's first "$0.99 millionaires."

Easy-to-use "1-click" (please don't sue me, Amazon) payment solutions and high-speed broadband internet have turned us all into micro-impulse buyers. $0.99 here and there for an app, game, or that one song you just remembered and really want to listen to right now because you haven't heard it in years. Maybe a few bucks for a movie rental a couple times a month at RedBox or Amazon Instant Video and, if you're feeling splurgy, that new game that costs $5 but gets so many 5-star reviews you can't help yourself any longer.

So, why limit that paradigm shift to digital content commerce to the mobile space, or more specifically, Android? Google wants you to make these itty-bitty purchases from your desktop computer, laptop, tablet, smartphone, TV, and probably eventually your refrigerator. And they want you to be able to do it regardless of the fact that you own a Windows fridge or an iOS car. Google Play wants to be your one-stop, multi-platform content shop.

The Android Market name just didn't allow for this kind of vision, and I think you can see why, now - Android is just one facet of Google's larger world domination strategy (of smiles, of course).

Look at where companies like Amazon are going with content - I've rented movies on Amazon through a Blu-ray player, my desktop, and my laptop. And millions of people are doing the same on their Kindle Fires. You can buy your Kindle eBook and read it on your Android, iOS, or Kindle device. You can download your Amazon MP3 music collection onto your computer, or you can stream it to your smartphone from anywhere. It's not hard to see why Google wants in on this content revolution.

Is the name kind of silly? Sure. But it's also just ambiguous enough that Google could use it to sell, stream, or otherwise beam you almost anything, and that's certainly an exciting prospect looking into the future. Play is about giving you what you want, anywhere, any time, and not worrying about drivers, operating systems, or proprietary formats. Yeah, that's marketing-speak mumbo-jumbo, but I get it. Google has been a pioneer and an advocate for making the digital world a seamless place regardless of how you connect to it, and I think Play is just Google doing what it always has. Namely, making it easier to do this: 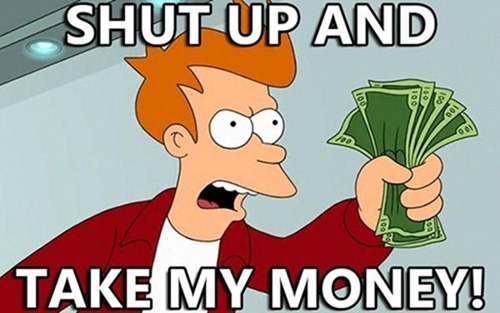 Apple Trying To Make Bank Off Of Samsung And Motorola, Wants Them To Pay $5-15 For Each Android ...