Developers, have I got a treat for you today: AIDE - Android Java IDE. AIDE is a self-contained integrated development environment that allows devs to write, compile, and run Android apps on their Android devices. Normally, if you want to write Android apps, you do it on a separate machine running Eclipse (or an alternative IDE). Now... well, you probably still do for major projects (especially ones involving complex library dependencies), but you can edit or create smaller ones without ever leaving the Android ecosystem.

AIDE really is more than just an editor - it supports code completion, real-time error checking and highlighting, code refactoring, formatting, and smart navigation, as well as compilation and execution of APKs. 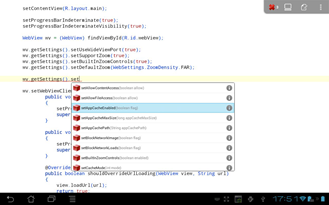 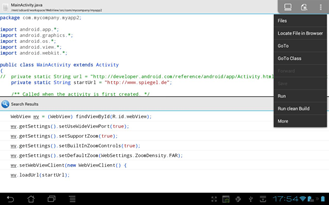 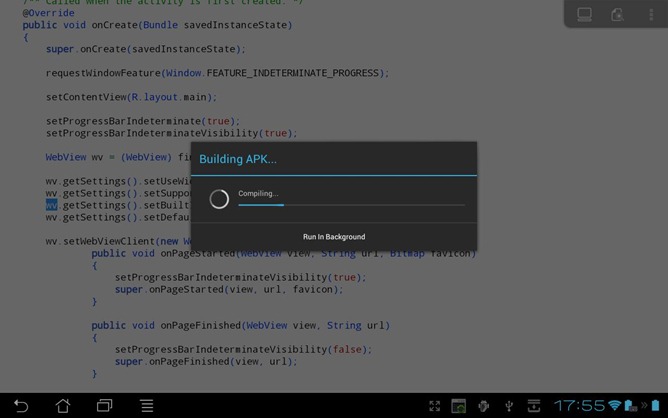 But AIDE doesn't just work on tablets - it works on phones too, although I can't see serious development getting done on smaller screens: 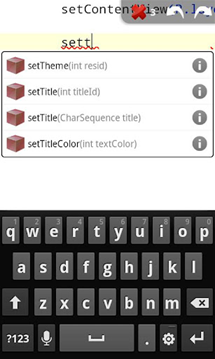 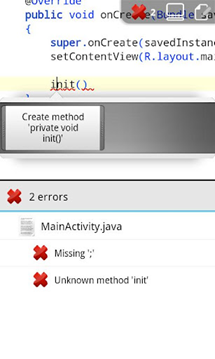 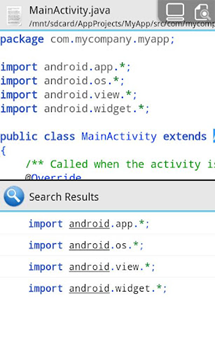 To put it simply, this is pretty awesome. Tablets in general have been aiming to replace laptops and netbooks as a user's primary computing device. That can't happen as long as Android relies on other OSes to write its apps. This first IDE may not be enough to outright replace Windows, Linux, or Mac, but it's a great first step.

AIDE is fully compatible with existing Eclipse projects, so if you're not eager to ditch your killer compiling rig to set up a 10" tablet with a mobile processor in its place, you can still use your usual development environment and edit on the go.

Oh, and did I mention it's free? Yup. Check out the widget for the download link and a comprehensive feature list. And after that, may we suggest getting a keyboard for your tablet if you haven't already? You're going to need it.

A brief summary of features...

Real-time error checking:
- Real time error analyis throughout the whole project as you type
- Automatic Quick-Fixes for many errors

And last but not least: "Yo Dawg, I heard you like Android apps, so we made an Android app that makes Android apps on your Android." After Weeks Of Waiting (And Many, Many Fakes) Temple Run Will Be Coming To Android On March 27th