We know Google has already figured this out. Wallet was launched back in September of 2011, though only on the Sprint Nexus S 4G, and only with MasterCard as a launch partner. Like most of Google's products, Wallet started out more as an experiment than a full-fledged mobile payments powerhouse. The limited handset and credit card support remain - the Nexus S 4G on Sprint and the Galaxy Nexus GSM version remain the only officially supported Wallet handsets.

A partnership for payment processing with Visa was announced way back in September, yet support for Visa cards has seemingly gone MIA, with some speculating it may finally launch at the 2012 Summer Olympics in London. This would be a fantastic opportunity for Google to show off its mobile payment service to an international audience, but speculation is speculation - the company hasn't said word one about the Visa partnership in nearly 6 months.

Google is also apparently working on similar partnerships with Discover and American Express, but news on this front has gone similarly silent. Reports indicated Google was buying up thousands of special VeriFone payment terminals for Wallet, though the only units I've seen have been of the VIVO variety, such as the one below, found at every Peet's Coffee location. 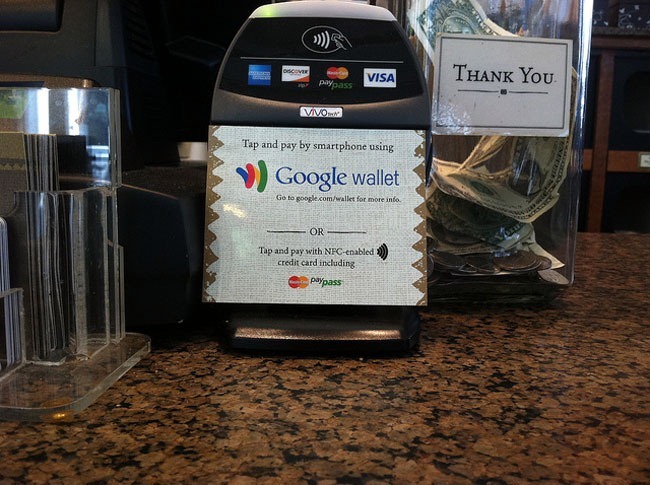 It hasn't exactly been smooth sailing for Wallet since launch, either. Recently, security scares (whether justified or not) caused Google to suspend prepaid card provisioning temporarily on Wallet, and generated a whole pile of negative press about the integrity of the service. Just this morning, users of the Wallet on rooted Android handsets started receiving notifications advising them that their handset was "unsupported," and that Google "strongly discourage[s]" the use of Wallet on rooted devices. At this point, it's unclear if Google plans to altogether prevent the use of Wallet on rooted phones, or if this warning is simply a "proceed at your own risk" kind of thing.

So, What Does Isis Have To Do With This?

A lot. In fact, Isis executives are probably laughing it up right now at Google's security snafu (if you could call it that), because there's no doubt that this very public gaff will quickly become a talking point for the company's marketing department. If you haven't heard of Isis, that's probably no surprise - the company doesn't actually have any publicly available products yet (the first supported phones are coming in mid-2012, supposedly).

What it does have is $100 million in promised financial backing from Verizon Wireless, AT&T, and T-Mobile. You can probably see where this is going. Isis will provide NFC (near-field communication) credit and prepaid debit payments, special offers, and loyalty discounts. Sounding familiar? I hope so, because it's pretty much Google Wallet sans the whole Google part.

Remember that whole issue about "technical difficulties" getting Google Wallet to work on the Verizon Galaxy Nexus? And Google's response, essentially, that those "difficulties" were a load of bull? Let's be frank: the whole reason those "difficulties" arose is because Verizon likely has a very explicit arrangement with Isis not to support alternative mobile payment providers. It's business, and while Verizon's public response to the lack of Wallet support was some poorly-disguised PR maneuvering and generally kind-of-a-dick-move, it's easy to see their motivations.

This all leads us to today's news: Isis just announced they've partnered with VeriFone, Ingenico, VIVOtech, and Equinox Payments to ensure that all four companies' existing and future products will be Isis-ready.

VeriFone posses almost a quarter of the market for point of sale terminals (credit card processing systems). Ingenico? Yeah, it's even bigger, controlling 26% of the market, and is the largest point of sale terminal provider in the world. VIVOtech accounts for 75% of all touchless (NFC) payment systems out there. Equinox Payments has hundreds of thousands of terminals throughout the United States. You can see why this is a big deal, then, considering all these companies just promised to implement Isis' technology into all of their future products, as well as many of their current ones.

They've also already got Visa, MasterCard, American Express, and Discover onboard for processing. And Chase, Capital One, and Barclay's for specific card support. Even Motorola has agreed to work with Isis to support the system on their handsets. That's going to be a little awkward for Moto (assuming the deal isn't terminated).

At launch, Isis estimates it will cover 100 million card holders in the US alone. That's kind of a lot. 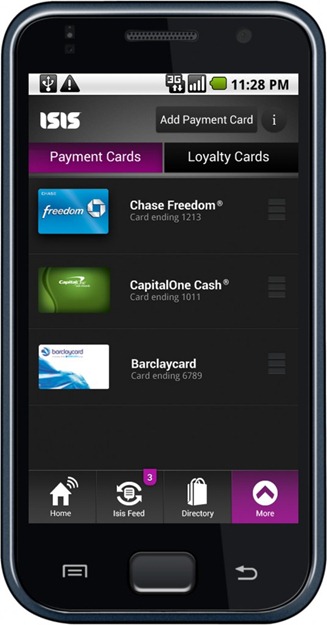 Let's just say this: Google Wallet better gets its act together before Isis goes live, if it wants any chance of winning the mobile payments war. Right now, Isis has more partners (by far), three of the four major carriers making up the vast majority of the smartphone market with a large financial stake in it, and a golden opportunity to make marketing bread out of Google's "security" problem.

I'm cheering for you, Wallet, but you better start making some moves before it's too late.

Still Haven't Received The Android 4.0 Update On Your Transformer TF101? Here's How To Install ...