Before you ask, yes, this is another tower defense game, but this one is actually unique enough to merit a mention. Where most tower defense games opt for a linear upgrade path for a set of towers, all purchased from money accumulated by killing enemies, Epic Defense uses a less linear and more experimental approach.

Instead of having an array of towers you can purchase for various prices, you're given a set of blank, featureless towers. Each basic tower has no weapons of its own, but is granted unique abilities by adding three gems to the tower. You have a bank of red, yellow, and blue gems. You have to add three gems to a tower to give it a power and, depending upon which combination you use, you'll get a different tower. Three red gems will create a volcano with a wide area attack; whereas a red, yellow, and blue gem will create a tower with a slow, but very powerful attack on a single enemy.

This mechanic actually forces creativity in a game genre that usually requires very little. I've played my share of tower defense games and usually, after a few levels of experimenting with a couple of tower configurations, I settle in on a pattern that eliminates enemies well before they ever reach my base. I can do this because I have my choice of all towers provided I have the money, which I usually accumulate at roughly the same rate every level.

Epic Defense, on the other hand gives you a limited number of resources that can't all be used for the same towers. Sure, if you have three of every color gem at the start of a level, you could use three red gems to create a powerful volcano, but any other towers you create after that will have to be made from blue and yellow gems. It's also cool that, as you begin, you're not told what gem combinations create what type of tower. This had the surprising effect of making me feel like I was experimenting with alchemy and magic. In a fantasy game virtually devoid of story, I was delighted to find that the gameplay was enough to get my imagination going. Then again, maybe that's just me.

The game also has an upgrade system for your towers involving coins that you pick up from the defeated, so you still get many of the same strategic elements. Epic Defense, though, actually offers some unique new mechanics to a game genre that, frankly, has spawned too many carbon copy hack jobs lately.

Oh, and did I mention that it's free and completely devoid of any tokens or in-app purchases?! That's my kind of game. 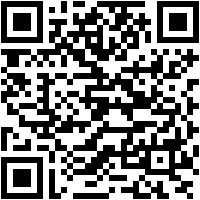