You're busy. We get it. You don't necessarily have time to keep up with the flood of stories coming out of MWC this year. You've got things to do. Well, this is all we do. So allow us to make things easy for you. Here's a roundup of all the best, most interesting things that happened at MWC this year. 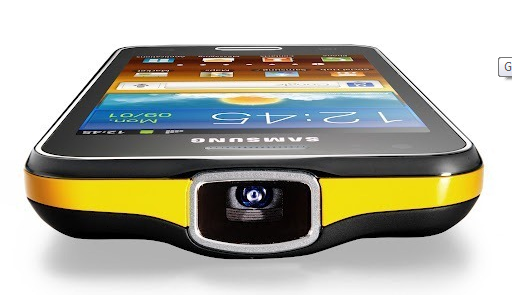 Continuing Samsung's recent foray into niche markets, the leading Android manufacturer announced the Galaxy Beam, a 4" Gingerbread phone with a built-in projector. Sammy touts it as an easy way to share with friends and family. In our own hands-on, we found it didn't work very well in even moderate lighting, contrary to Samsung's promo videos. Still, if a pico projector is the one feature you've been waiting for in a phone, you won't be waiting much longer. 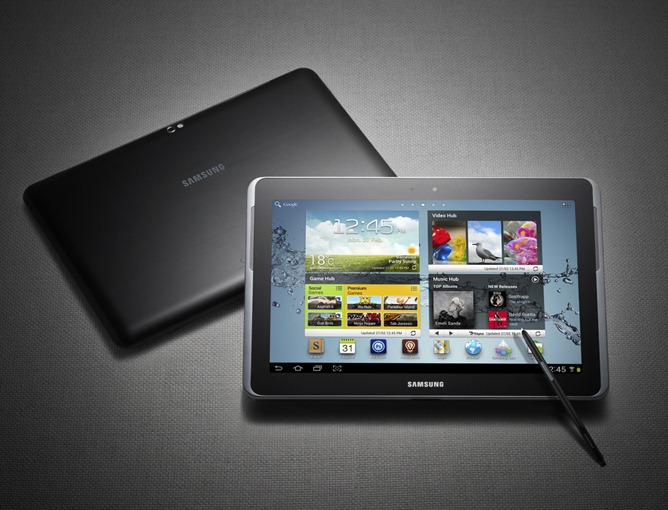 In the area of tablets, Samsung wasn't slouching, either. The company gave the S Pen, made famous by the Galaxy Note, a new home on the Galaxy Note 10.1, even throwing in Photoshop Touch and Adobe Ideas for free. David tried his hand at "writing" with the Note 10.1 and came away with less-than-stellar results. If you're not the type to want a stylus with your tablet, Samsung also announced the Galaxy Tab 2 10.1 and the Galaxy Tab 2 7.0, upgrading its previous line of Android tablets. Though, using the word "upgrade" may be a bit premature. 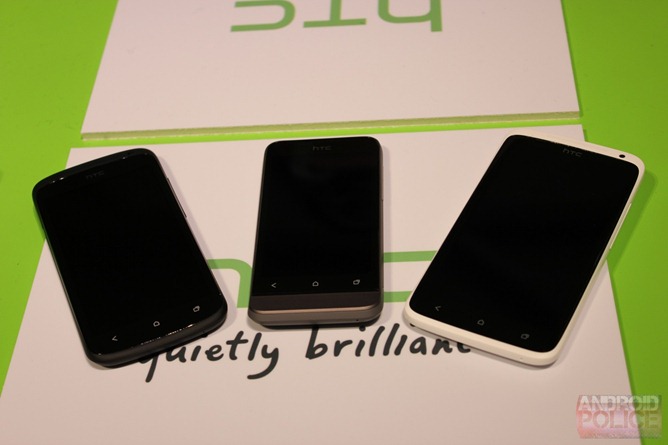 In the world of Android phones, it can be tough to know which devices are good and which suck. HTC hopes to alleviate that problem with its new HTC One series. HTC One devices will be a top-tier class of devices, starting with the One X, One S, and One V. We got some hands-on time with the HTC One S and were pleased with HTC's hardware design. If only the Taiwanese manufacturer would push Sense just a little less. 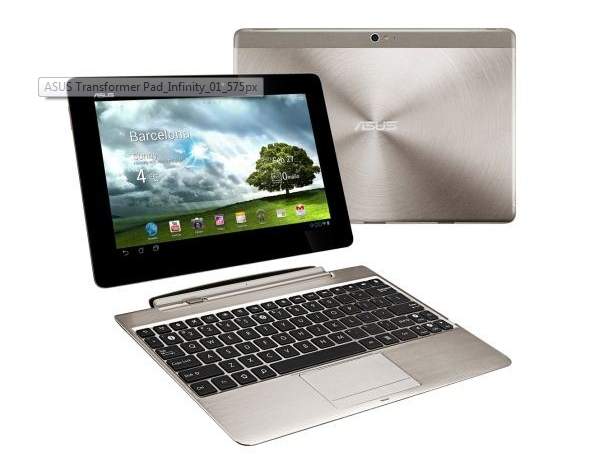 ASUS has been tearing up the tablet market lately. The Transformer Prime has already been one of the best Android tablets on the market. This week, ASUS introduced the Prime's fraternal twin brother, the Transformer Pad Infinity with a higher-res screen and faster processor. If you're looking for a more budget-friendly 10" tablet, ASUS introduced the Tegra 3-powered Transformer Pad 300 Series. If you'd prefer your phone also be your tablet and your netbook, the Padfone has got you covered, including a whopping 14,000 mAh between the phone, tablet station, and keyboard dock. Battery life approaching infinity. (Not really.)

Sony Xperia P and Xperia U 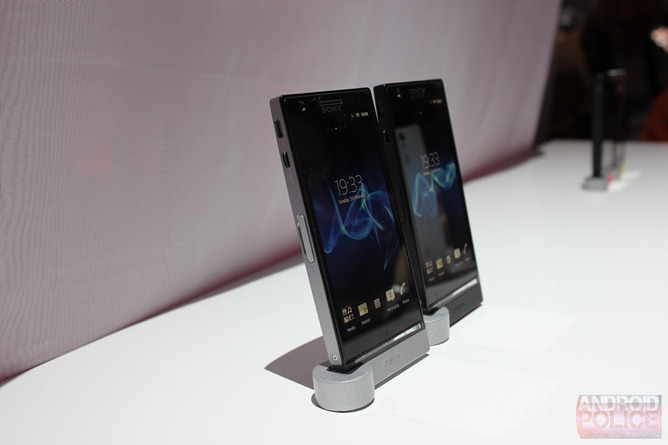 Sony, ready to flex its mobile muscles after devouring acquiring Ericsson's share in the two companies' joint-venture, announced the addition of the Xperia P and Xperia U to the Xperia line of devices. The former packs a 1GHz dual-core processor, 8MP camera, NFC, and HDMI connectivity inside a 4-inch "WhiteMagic" display. The latter is sporting a more modest 3.5-inch "Reality Display", which definitely doesn't sound like a certain other phone. 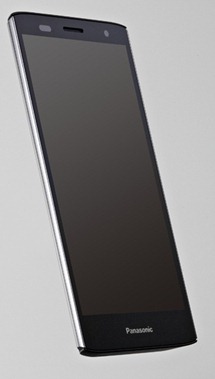 Panasonic doesn't want Sony to be the only former VCR-maker raking in headlines for average smartphones. The natural move was to go whale-hunting launch a new flagship device. While the ELUGA power wasn't around for a hands-on, its little brother was and, suffice to say, we were less than enthusiastic. The original ELUGA was pretty slow, so hopefully the addition of an extra core in the form of a Snapdragon S4 will help this slow-moving mammal-err, phone out. 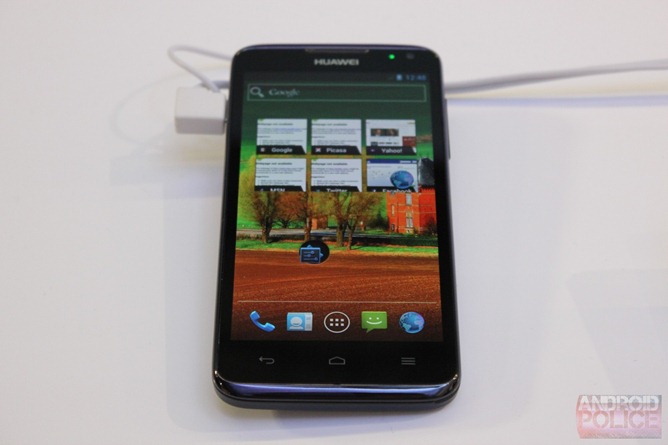 A very hungry David descended upon Huawei's booth to check out the Ascend D and friends. The company's new quad-core phone is its first true foray into the world of high-end devices. As if four cores wasn't enough to whet your appetite, the Ascend D will also be running stock Android 4.0. Huawei had a couple other devices on hand, including the D1 that sports a mere dual-core processor, and the D Quad XL, packing a larger battery. 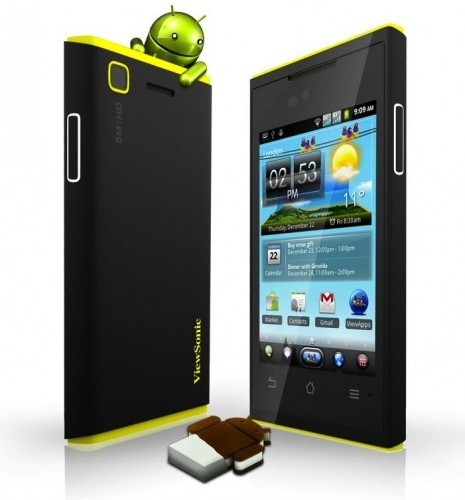 Taking home the award for "Least Creative Naming Convention" in a field of strong contenders was ViewSonic's ViewPhone and ViewPad. Despite the uninspired name, the ViewPhone actually sounds like a solid device. With a 960x640 3.5" screen and stock—you read that right, stock—Android 4.0, the device almost seems to be gunning directly for the iPhone which has an identical screen size and resolution. Unfortunately, the ViewPad series was a little more lackluster. Unless you're in the market for a Windows 7 tablet. 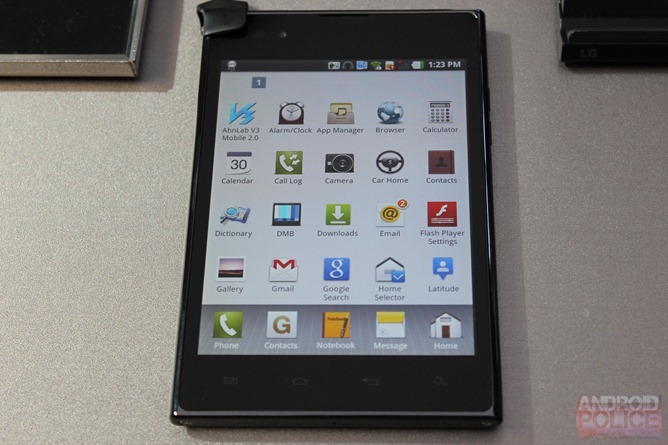 I know. You took a look at the Galaxy Note's 5.3" screen and thought, "well, it's huge enough, but I hate 16:9 displays." LG to the rescue! The company introduced the Optimus Vu, a phone with a 5" display in a 4:3 aspect ratio. It's...weird. We're unsure what niche LG is trying to fill with this device that's not quite a phone, not quite a tablet, and not quite a phablet. If you're still feeling bitter about buying all those fullscreen DVDs, though, this might be the device for you. 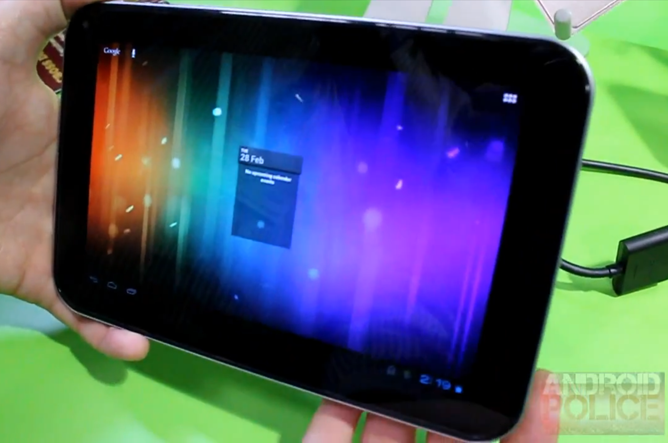 Toshiba, not one to be left out, brought its shiny new tablet offerings to the NVIDIA booth. Packing a 7.7" SAMOLED display and a Tegra 3 processor, Toshiba's offering turned some heads. The hardware felt a little unfinished when we played with it, but the software was smooth with only a couple hiccups. No word on pricing or availability.

Speaking of NVIDIA, the gaming/processor company used Toshiba's tablets to demo some of the latest games running on the Tegra 3 platform, including Sonic the Hedgehog 4: Episode II. This revamp of the classic Genesis series for Android looks positively killer. The company also demoed Golden Arrow, Dark Kingdom, Eden To Greeeen, and Hamilton's Great Adventure, all coming to Tegra 3 devices soon. Android gaming is starting to get really exciting.

All-in-all, MWC brought us some interesting new innovations. As the major Android manufacturers start to settle in to that commoditized market we all knew was coming, we're starting to see the manufacturers attempt to differentiate with new, unique features. Samsung's S Pen and Beam are chief among the eye-catching features. HTC seems to be going back to its roots with its stellar hardware design. Meanwhile, ASUS is going to keep mixing and matching every type of device with the Android OS and, frankly, we couldn't be happier.

And what is Google doing while their hardware partners dance to the beat of Google's drum? Sip smoothies and hand out Jellybeans.