This is quite possibly one of my favorite games from the entire month, and even beats out many of the titles from the January installment of the Best Of series. In Zombie Wonderland 2, you play the role of Chuck, who just so happens to be Niceville's only Zombie Cleaner. That's an odd job title, is it not?

As Chuck, you'll play through 31 missions in 12 different places, and the goal is to protect your current location from hoards of oncoming zombies. You'll have access to a full arsenal of weapons to do your job, and you have to clean up the zombie guts after the onslaught is complete to avoid paying damages.

I've never truly been a huge fan of racing games, but the Reckless Racing series really is a lot of fun. Polarbit released Reckless Racing 2 earlier this month, and it definitely comes with all the bells and whistles you'd see in a major platform racing title.

Aside from great graphics and customizable control layouts, this game has four different gameplay modes - career, arcade, single event, and multiplayer. Each mode has something entirely different to offer to the player, effectively bumping up the replay value and making this game worth its $4.99 price tag. Seriously, don't let the price throw you off. Real Soccer 2012 is ever soccer fan's dream game. Not only does it sport great realistic graphics, but it also has some other nifty features that put it ahead of similar games on the Android Market. In my opinion, the coolest feature has to be the in-game news feed that allows you to recreated and replay real games that just happened. So if your favorite team didn't win, you can give yourself some closure by virtually altering the outcome.

In addition to that, the game is licensed by FIFPRO and lets you play as thousands of real players, on 350 different teams, and in 14 league championships. If you're looking for a wide array of gameplay options, Real Soccer 2012 is the game for you.

Platform games never get old because developers always find new ways to make them exciting and interesting. Mojo Bones Ltd has done just that with Tongue Tied, a title that combines both physics and platform gameplay styles into one goofy game.

As a player, you take control of Mick and Ralph, who happen to be a pair of silly dogs that seem to have gotten their tongues tied in a knot. It looks like good timing, though, because they wouldn't be able to swing and fling their way through countless levels if they weren't attached to one another. As you guide this dynamic duo on a mission to find the WonderBone, you'll encounter many obstacles that can only be conquered by swinging and launching Mick and Ralph around the level. The game comes complete with medals for finished levels, and even 33 extra challenges to be unlocked. If you've ever played Defense of the Ancients, a Warcraft III: Reign of Chaos mod, then Legendary Heroes is a game you're sure to fall in love with. If you've never heard of DotA, but are a fan of real-time strategy games, this game will still be right up your ally. In all honesty, I've never played any game from the Warcraft series, and it's been a long while since I've played anything similar, but Legendary Heroes still caught my attention pretty quickly.

The gameplay is rather quick and exciting, and has ridiculously awesome graphics. You'll take control of up to three heroes as you seek out and destroy the enemies “source.” In order to successfully defeat your opponents, you'll need to think quick and use the right attacks for each situation. The game is considered to be freemium, but you can honestly play the entire game and have fun without ever having to buy anything. If you're interested in seeing some more videos, check out this post here. 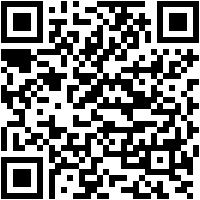 There were several awesome games this month, so it was hard to trim it down to just 5. As always, if you've been loving a new game that was released this month and you don't see here, let us know what it is in the comments below.