The Verizon support docs were recently updated with information on a new OTA that should start hitting Droid 2 Global devices within the coming days (if not sooner). While the update isn't anything major, it still brings some notable enhancements to the D2G: 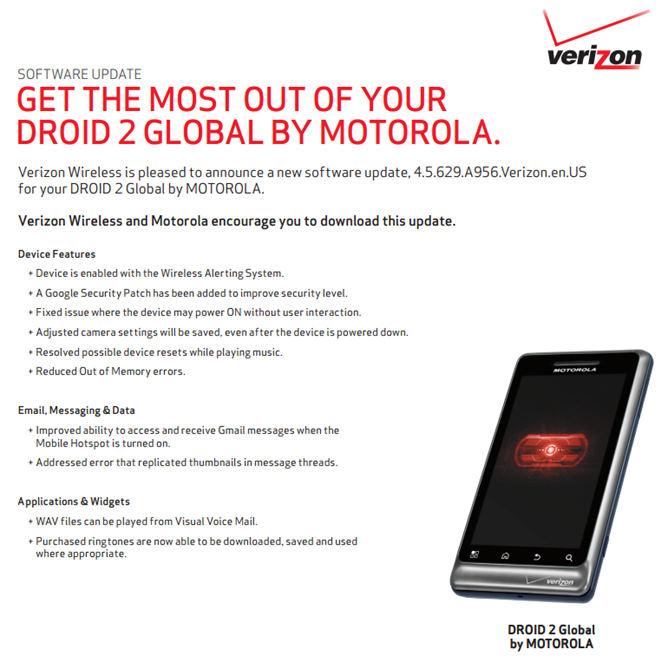 Okay, so it's not Ice Cream Sandwich, but at least it's nice to know that Moto and Big Red are working behind the scenes to keep older devices running smoothly, right?

[Verizon via The Verge]

[MWC 2012] For Those Just Joining Us, All The Best MWC Stories Are Right Here

[Poll] Who Made The Biggest Splash At MWC This Year?