Earlier today we got a chance to play with Samsung's Galaxy Beam (though photo opportunities were limited by lighting), and I have to say - for a projector phone, it's not bad. 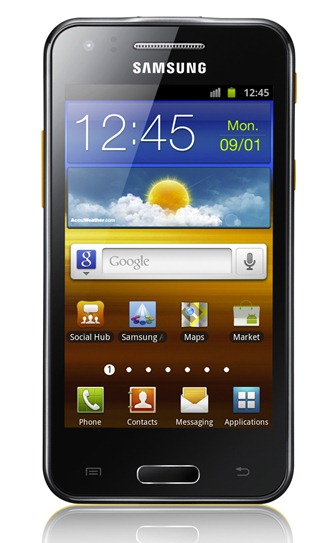 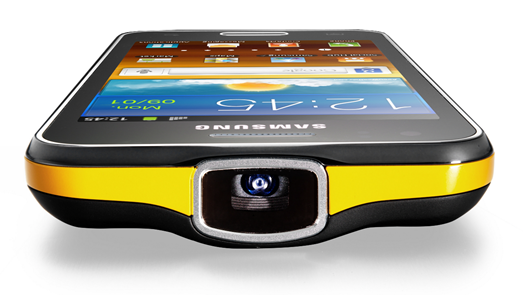 The 1GHz dual-core processor hums along through Gingerbread (I know, I know - but an ICS update is surely in the works) nicely, and the 4" WVGA display gets the job done. While it's no flagship device, for such a niche piece of hardware, Samsung has done a pretty decent job here. The yellow banding highlight is a nice, unique touch, and holding the Beam is little different than using almost any flagship Android phone from 2010 or 2011. Sure, it's on the heftier side of 12mm, but it's not so thick as to be any more cumbersome than any other phone.

But it's the Beam's party piece we're all interested in - a 15 lumen projector. The projector is controlled via a hardware button on the side of the device (which is somewhat confusingly close to the power button), and with one tap comes to life. The projector is intended for use almost exclusively in relatively dark areas (its pretty useless in even moderate lighting), and projects up to around 50 inches (almost 1.3 meters) diagonally.

To see how it works, check out our hands-on video:

[New Game] Meltdown On Mars Sets Up A Colony On The Android Market, Pits You Against Invading ...