While at the Google booth earlier today, ASUS was kind enough to let us take a look at the upcoming Transformer Pad Infinity (basically, a beefed up TF Prime), albeit a version we had not yet seen.

The TF700KG is likely going to be a Europe-only device (unless it were to be picked up by a major carrier here in the US), as it has a 4G LTE SIM slot on it, and runs on a Qualcomm S4 MSM8960 dual-core processor. The Infinity also has a 1920x1200 IPS display, significantly higher than the resolution of the Prime. However, one of the biggest changes many people noted that would be coming to the new-and-improved Transformer was the antenna window. The Transformer Prime, if you haven't heard, has nearly unusable GPS because of its aluminum unibody design. The Transformer Infinity, however, has a plastic "window" along the top of the device that allows mobile data and GPS signals through more easily. Take a look: 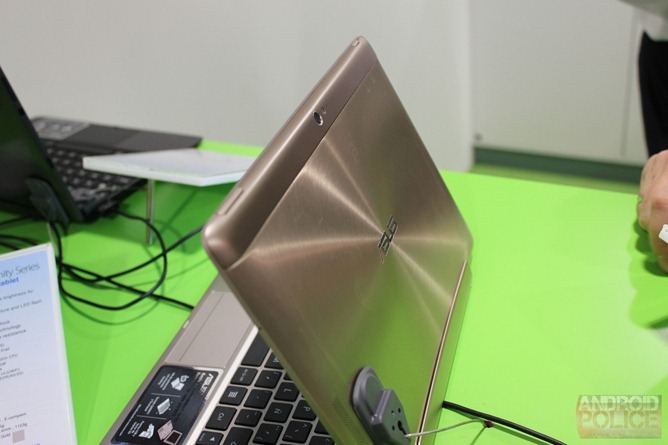 A Tegra 3 Wi-Fi version is also known to exist, but this TF700KG will likely be the only version of the Infinity with a mobile data connection. The device's pricing and release date remain unknown. To learn a bit more, check out our hands-on video, below: