When we heard about rumors of Samsung releasing a 10.1-inch version of the popular Galaxy Note smartphone, we were understandably a bit skeptical. I mean, the idea makes sense - a larger Note would mean more area to use that advanced pressure-sensitive stylus. But given that Samsung has yet to announce a Galaxy Tab 10.1 successor, it seemed a bit odd. But now, the Note 10.1 is obviously for-real, and we spent a little time with it today.

First things first: the stylus works as advertised. While a bit laggier to actually display the results of the pen's input than its smaller sibling, the Note 10.1's stylus performed admirably, as you can see below (I'm super creative). Unfortunately, the rest of the story wasn't so great - the device was noticeably laggy, and although it was running Ice Cream Sandwich, the whole experience was actually less than stellar. Still, this is pre-release software, so things may get better come launch. 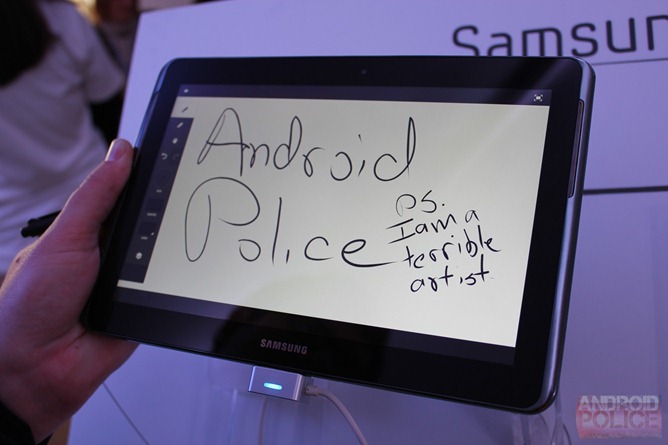 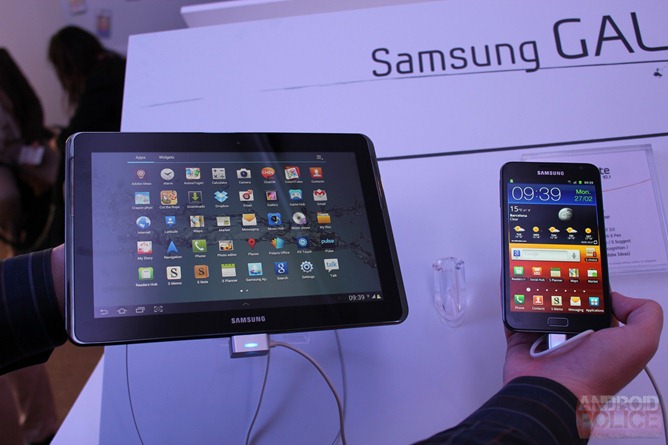 The Note 10.1 is running an unspecified 1.4GHz processor, a 10.1" 1280x800 (the same resolution as the regular Note) display, and has various storage options, along with a microSD card slot and 3G connectivity. It's also surprisingly light, though we're not sure of the exact weight. Oh, and on a final note (thanks, I'll be here all week), the Note 10.1 does not have a dedicate stylus storage area. So that's a bummer.

Samsung hasn't announced US availability for the Note 10.1, and given that the demo unit we were using has a SIM card, we wouldn't count on one until a Wi-Fi only version is announced. Check out the hands-on video, below:

[MWC 2012] Hands-On With The Panasonic Eluga: Not As A Big As A Whale, But About As Slow As One