Oh, Google. You know just how to get our attention. If you're not planting giant statues on your front lawn, you're giving your guests tasty treats with a wink. At Google's theme park MWC booth, the company has set up bowls of jelly beans that are, according to sources close to the matter, "delicious." What we're really after, though, is details on Google's next OS version of the same name. Could this mean we're going to hear about it? 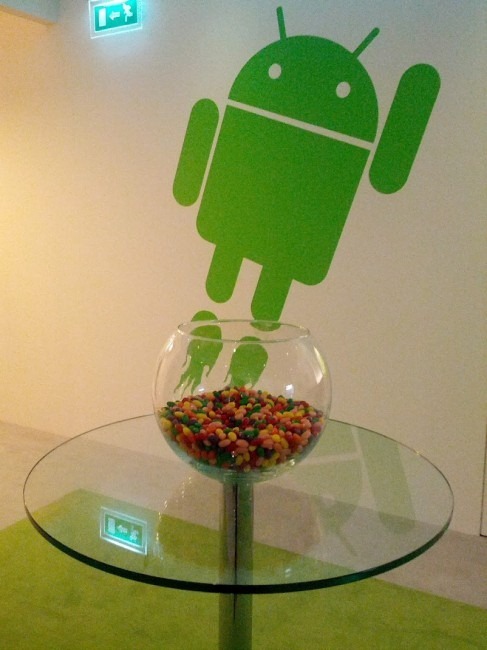 As far as rumors go, a bowl of candy is pretty low on the list of sources we tend to get our stories from. That being said, Eric Schmidt is set to give a keynote tomorrow at 18:00 CET (noon EST, 9am PST). Perhaps Google isn't done with its surprises just yet. So far all the best news from MWC has come from Google's partners, not Google themselves.

Suffice to say, it's probably best that you stick around for the keynote tomorrow. Don't worry, your work can wait.