The HTC One X, perhaps the most impressive of the new line, is slated for release on April 5th, carrying a price tag of £410.00 (or about $645) not including VAT. On top of its awesome specs (listed in the handy image below), the One X is available in either white or grey. While it appears that the international version of the One X will carry a 1.5GHz quad-core processor, it's worth noting that AT&T's version (which will debut later) will in fact be running with a dual-core Snapdragon S4. 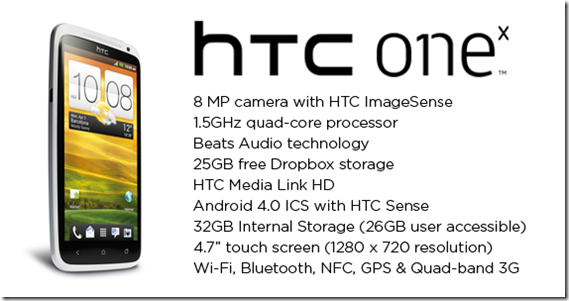 Customers can preorder the HTC One X in white or grey directly from Clove Technology.

Next in the lineup is the One S, a slightly smaller, more conservative device  with slightly toned down specs. The One S, like it's more super-powered counterpart, is expected to launch April 5th, though it's also carrying a more conservative price tag of £375.00 (about $590 US not including VAT). The One S is headed for T-Mobile (after international launch), and will maintain its international specs. 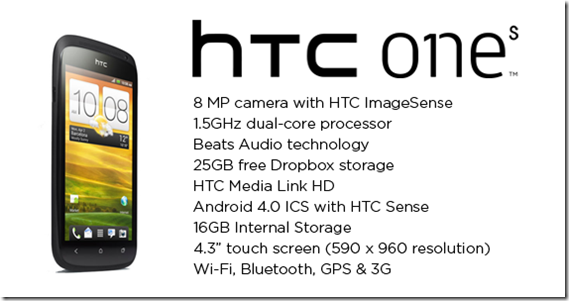 The HTC One S can be preordered from Clove here.

The HTC One V, the smallest of the bunch, carries lower specs than the other two devices, and a much smaller screen. Featuring a 3.7" display, 1GHz Processor, and 4GB of internal storage, the HTC One V is aimed at those on a budget, and has a price to match. The One V will run customers £220.00 without factoring in VAT, which is about $346 US. 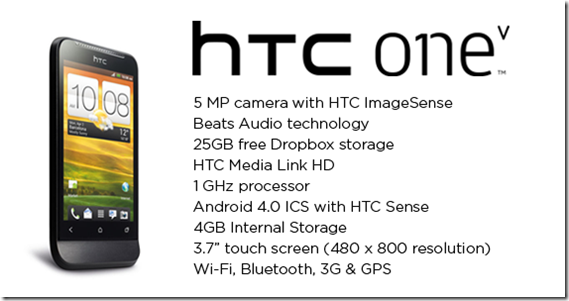 The One V is also slated for a later release date, waiting to debut until April 26th. The One V can be pre-ordered here.

To view Clove's HTC One blog takeover, or to watch Clove's series of One-centric vlogs, head over to the source link below.

[Video] HTC Shows Off 'One' Line In Series Of Promotional Videos