Sprint's list of 2012 LTE rollout markets (confirmed or otherwise) seems to be growing by the minute. Last week, it was revealed that construction was beginning in the San Francisco Bay Area, headed for official activation by the end of 2012. Today, S4GRU revealed that NYC may also be on the list of 2012 markets, explaining that Sprint is not likely to announce second or third-round markets because there is no way to accurately determine when activations will occur.

Currently, Sprint's NYC market spans all the city's boroughs, plus Westchester, and the Hudson Valley, extending up to Saugerties. S4GRU explains that Long Island and southern Connecticut are in separate markets, set to deploy later. 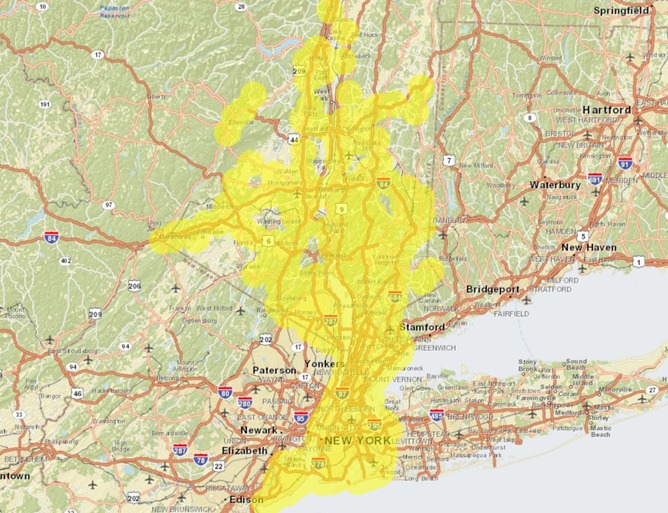 Including NYC, S4GRU's count of Sprint's predicted 2012 LTE markets is up to eleven. Of course, with all the variables involved in constructing and activating individual markets, it's likely that the final tally will vary once rollout begins. We'll be here, as always, to keep you updated as the Now Network moves forward with its LTE plans.