I'm a big fan of cutting the cord. But this time I'm not talking about cancelling your cable and moving your Judge Judy marathons online - I'm all about going wireless in the audio department. Wireless speakers, wireless streaming, and, of course, wireless portable audio.

Up until a few weeks ago, I was using Sony's HBH-IS800, which deserves a separate review of its own if I ever get to it. Sony attempted to make something quite revolutionary at the time, and for the most part succeeded - the IS800 is absolutely unbeatable at a gym due to its size, seal, surprisingly decent audio quality (although it's crucial you create the right seal, otherwise they sound terrible), and price point. 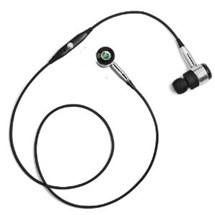 Yes, there's a BT receiver and a charging port built into one of the buds

However, what I found was that the HBH-IS800 fails in everyday situations if you sprinkle a little bit of electrical interference or hinder the "line of sight reception" with only something like a laptop on your lap. Heck, sometimes even placing the transmitter (phone) into a pocket on the wrong side of my body would introduce audio hiccups from time to time.

When I got a chance to review MEElec's latest (and possibly the only at the moment) wireless offering, the Air-Fi AF32 BT headphones, I jumped at the opportunity. I didn't have high expectations at all, but I was curious if the Bluetooth reception can improve - after all, if Sony's buds are having trouble even at a few feet away, maybe all Bluetooth headphones have issues. 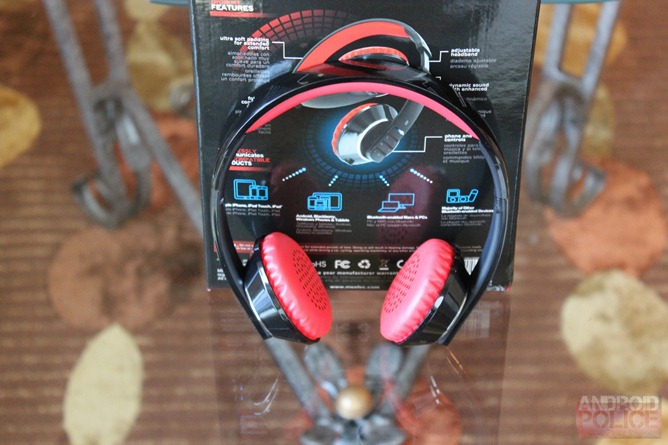 After receiving the box, I couldn't help but notice how attractive both the packaging and the headphones were. The red leather accents were buttery smooth. I'm talking so smooth that I'm not even sure it's actually leather - it sure looks like leather, but I've never felt one so soft to the touch.

Also immediately apparent was the presence of not one (like on the IS800), not three, but six controller buttons. I'm going to talk about them later in more detail, but let's just say I was very pleasantly surprised.

The pairing process was extremely simple and worked like a charm. No manual necessary. I just held the power button until I saw some flashing red and blue lights, set my device (Sprint's Epic 4G Touch Galaxy S II) to scan for BT accessories, clickity-click, and voila - I was paired.

And then I turned on some of my favorite tunes.

The AF32 is relatively light - it's by no means a studio quality headset, but don't be fooled by that - the sound that came out blew me away, mostly because I didn't set my expectations high for something that only costs $79.99 and has wireless technology built-in. After all the chips, buttons, and leather, how much budget did MEElec have to spend on the drivers themselves? Turns out, quite a bit.

The headphones are very comfortable to wear, with one caveat which I'll talk about later.

The next hour was spent on watching the wife excitedly hop around the room in disbelief that something untethered could sound and look so good, and, you know, that there was no cable to get in the way. And that's the most important part - after a while, you don't want to go back. Life is good on the other side.

As you can probably tell, my initial impressions were good. Really good. I was blown away. But even the greatest gadgets could end up having at least some flaws, so I put off the review for several weeks to get some solid testing time.

It's now been 2-3 weeks, and I'm finally ready to issue the final verdict, though not before discussing all the ways the AF32 excels and mentioning a few things it could have done better, all in my favorite bullet-point style. Let's have a look. 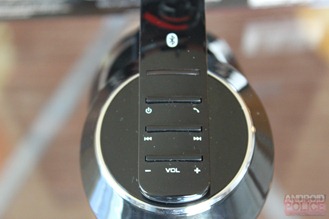 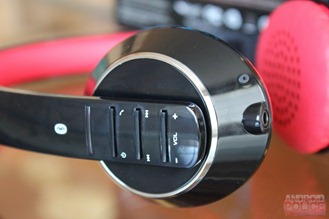 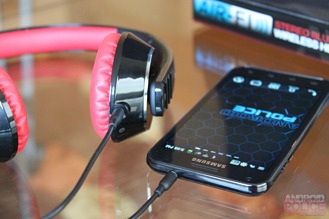 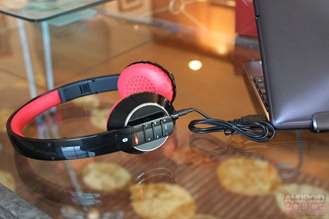 What Could Be Better

So, am I happy with the AF32? Absolutely. For the price, it's absolutely fantastic. Sexy, sleek, functional (all controller buttons work, 3.5mm jack, microphone), and affordable, the AF32 suffers from only very-very occasional connection flukes, which I would imagine could be a problem with most Bluetooth devices in general (due to electrical interference). The sound that comes out of these soft ears is rich and has very decent bass. All in all, the pros far outweigh any cons, so definitely give it a try, especially if you've never owned Bluetooth A2DP headphones before.

[MWC 2012] Samsung Announces The Galaxy Beam: A 4-Inch Gingerbread Phone With A Projector