The Samsung Galaxy Note (and its unheard of size) has been a hot topic since its AT&T release this past week, and we have seen quite a few conflicting opinions on the practicality of the device over the last few days. Many say that the gigantic screen prevents users from carrying it around comfortably, while others claim that it doesn't feel much different than any other phone. I've had the pleasure of using the Note for the past week, and I must say that I am incredibly impressed.

When I first opened up the Galaxy Note's box I was astonished by its size. It was much bigger than I had imagined, and I immediately thought that carrying it around with me was going to be cumbersome and annoying. It felt awkward in my hands, didn't fit well in my jeans, and I just thought it was completely hilarious that Samsung thought a phone of this size would work out well. Fast forward a week and you'll hear the exact opposite from me. After adjusting to carrying around what seemed like a small tablet, I fell in love. The device itself isn't completely free of flaws, but the massive screen definitely isn't one of them. 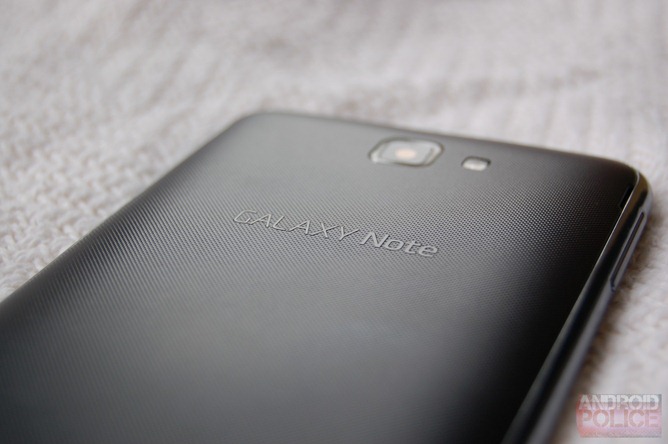 So, what's stuffed behind that screen? Here's a full list of specifications:

It's clear that the Note is a beast, but as I said before, it isn't completely perfect. Let's take a look at the good and the bad.

If I had to describe this phone in one word, it would be sexy. While it is surprisingly light for its size, you can definitely tell that it's of high quality when you turn it over in your hands. It's thin and sleek, and has a nice aluminum edge that lines the sides of the device. The 5.3" screen is protected by Gorilla Glass, so you can be confident that it won't shatter if you drop it from a reasonable height.

The main difference between the International and AT&T variants is that AT&T's Note has a row of capacitive buttons along the bottom of the screen instead of one big home button. In my opinion, this makes the entire phone look so much nicer. This is the first phone I've had with capacitive buttons, too, and I feel that they aid greatly in making the device feel high-end. This phone is designed and built much better than my MyTouch 4G. 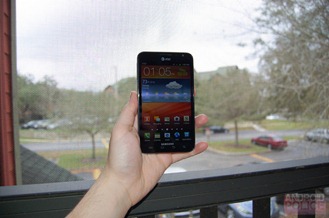 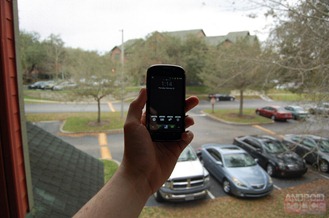 The one part of the overall design that I would change is the plastic backing. It looks nice, so it doesn't take away from the overall appearance, but it feels extremely cheap. It snaps onto the back of the device with little plastic pegs, and I feel like I'm going to break those off or crack the entire thing in half every time I have to remove it. Though I personally don't like the material, I have heard that it's incredibly durable, and, being so thin, it definitely helps keep overall weight down.

This tiny little stylus (and the huge screen, of course) is what differentiates the Samsung Galaxy Note from other phones currently on the market. The S-Pen is just big enough to comfortably fit in your hand in the writing position, and small enough to tuck away into the bottom of the device when you don't want to use it. It sports an ultra-fine tip that responds to pressure, and a small button on the side that enables gesture controls when pressed. 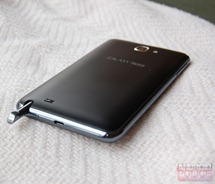 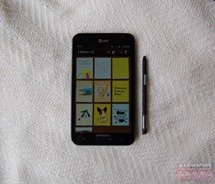 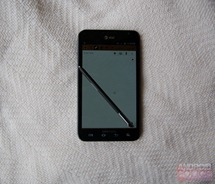 The Galaxy Note comes preloaded with an app called S Memo, which is basically a notepad for writing and drawing. In my opinion, taking actual notes on this thing is absolutely impossible. Yes, I said it - it's pretty impractical to use your Samsung Galaxy Note as a note-taking machine. It could just be that my handwriting is horrendous, but I don't think anyone could possibly remain productive when attempting to jot notes down with the S-Pen.

That being said, drawing stuff using S Memo and the S-Pen is ridiculously fun! I don't have any artistic talent by any means, but that didn't stop me from believing I could draw anything on this device. 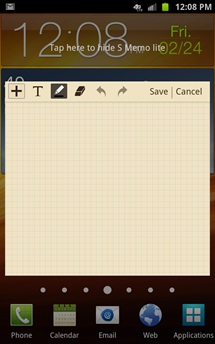 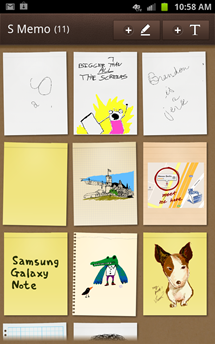 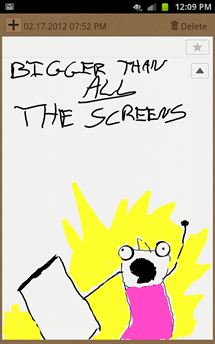 Alright, let's admit it. This is what we're all truly interested in. Is the Note's 5.3" HD super AMOLED display too much to handle? Wouldn't a screen of that size and quality drain a battery double-fast? 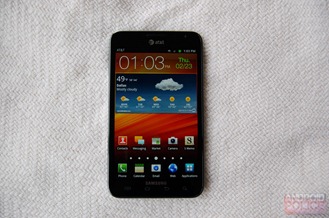 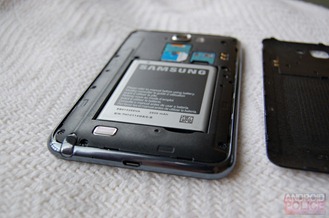 Samsung took a huge leap of faith when they released the largest phone currently known to man, so it's no surprise that they would deliver an astonishing screen along with it. This phone's screen is by far the best I've ever seen on any smartphone, and it certainly blows any other device I've ever owned out of the water. Anything you view on the screen comes out beautifully.

It's no question that doing things like browsing the web and checking email are done much better on a larger screen, and the Galaxy Note offers just enough extra screen space to make these tasks a breeze. I've never been more pleased with a mobile device's display. Watching movies and videos on the HD screen is an experience in and of itself, the touchscreen is fast and responsive, and it performs flawlessly in all lighting situations.

Initially, I was afraid that all the power this phone packs would demolish the battery in no time, sending me on a desperate search for an outlet mid-day, but I was completely wrong. The 2,500 mAh battery easily powers through a day of moderate to heavy use with a bit to spare at the end. On most days I ended with about 20% left, which completely obliterates my MyTouch 4G's battery. 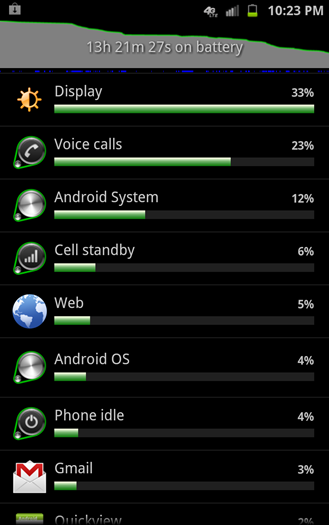 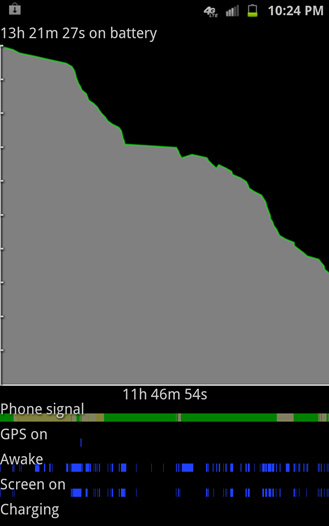 The 8MP rear camera on the Galaxy Note is also pretty sweet. Not only does it deliver some pretty high-quality shots for a phone camera, but it has some pretty extensive settings as well.

In addition to being able to tweak things like ISO and exposure value, you can choose from several different shooting modes and scenes. The basic shooting mode is Single shot, which features a quick shutter speed and is good for snapping quick pictures. I think the two coolest shooting modes are Smile shot and Panorama. In smile shot, the camera detects when the subject smiles then takes the photo automatically, and I'm sure you're all familiar with what a panorama is. 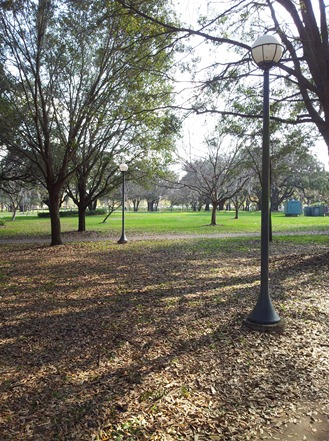 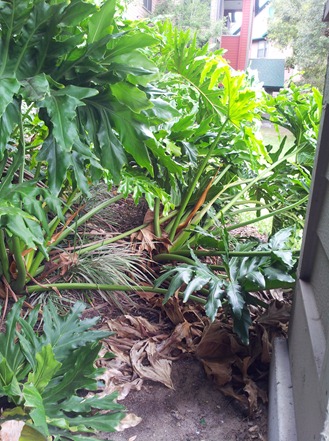 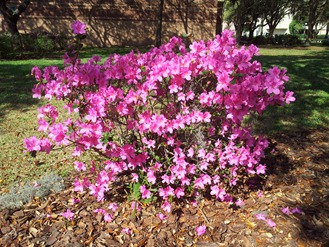 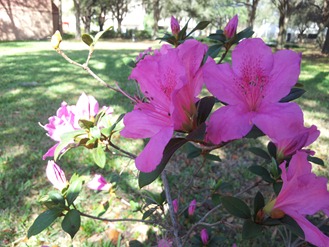 Overall, this camera could easily replace a small point-and-shoot if you're looking to capture spontaneous moments on the go. Nearly any type of shot I threw at it came out great, with the exception of close-up macro shots. The camera had a hard time focusing on a small subjects, but if I'm looking to get artistic I would take a DSLR over the Note's camera any day.

The dual-core snapdragon processor is really noticeable when switching back and forth between a phone that only has a single-core processor. Everything from transitioning between screens to opening and closing apps is just so smooth and quick. Not once did I notice any lag.

AT&T's 4G LTE is leaps and bounds better than T-Mobile's crappy 4G network. Web pages loaded in a snap, apps and games downloaded just about as fast as I could click download, and I was even receiving emails on the Note about 5 seconds earlier than my other devices.

Reception and call quality were phenomenal. I had a full, strong 4G LTE signal everywhere I went. I even had a phone conversation during the duration of a 10-story elevator ride without cutting out once. Conversations were always crystal clear, even when on speakerphone.

Speaking of the speaker, that tiny little thing on the bottom left of the back cover is the phone's only speaker. It sounds wonderful. I played games and music on full blast, and the audio was always perfect. There is no doubt in my mind that the Galaxy Note has the best speaker I've ever seen on a phone.

The Note's UI and UX are pretty nice, but could definitely use some fixes. It runs Android 2.3.6 with Samsung's TouchWiz overlay. While I kind of like TouchWiz, I listed it as a negative above, and here's why: Samsung tweaked the UI to work better on a larger screen, but it's obvious that they didn't optimize the software as best they could. As I mentioned in my initial review, the best way to see what I'm talking about is to look at some of the widgets. Many of them are clearly designed to fit across a smaller screen. I find this to be a pretty amateur mistake, and that bothers me quite a bit. In addition, TouchWiz causes performance hiccups I couldn't reproduce with a custom launcher. The most notable issue is with the default circle lock screen; It often lags and locks up when trying to move the circle to unlock the screen. 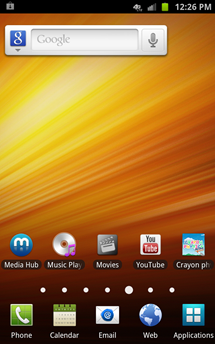 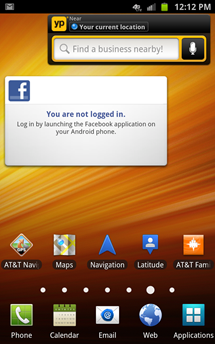 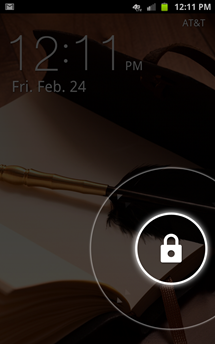 Other than those minor complaints, I can honestly say that this is the best phone I've ever had the pleasure of knowing.

At first I was afraid (I was petrified) I would have trouble handling the device with one hand, but it became easier after some practice. The overall size didn't really make much of a difference after using the phone for a while, but I will admit that making phone calls was still a little odd because the device covers your whole face.

This phone packs a ton of power, has a hefty battery that can outlast a full day of use, and once you get used to it, the additional screen space makes productivity even better. Unfortunately it runs on Android 2.3.6 with Samsung's TouchWiz UX that hasn't been properly fitted for the device, so some visual and performance issues arise. If Samsung fixes these issues with the rollout of Android 4.0 then everything will be gravy.

If you've been skeptical about spending your hard-earned money on this phone, you have no reason to be anymore. This is positively one of the best phones available on the market, and if you're thinking of switching to AT&T for it or adding a new line to an existing contract, you can get it for a mere $150 from AT&T's website for a limited time. Otherwise, you can snag it for $299.99 with a new two-year agreement.

ASUS Plays With Colors In Its Newest MWC Teaser, Leaves Us Scratching Our Heads