Droid X users, Motorola and Verizon haven't forgotten about you; not completely, at least. You may not be getting Ice Cream Sandwich (officially, anyway), but Big Red is pushing one hell of a bug-fix update (we spotted it last week) to your device right now.

The OTA update brings fixes to a whole slew of issues that DX users have been dealing with for far too long:

Over the Air Updates 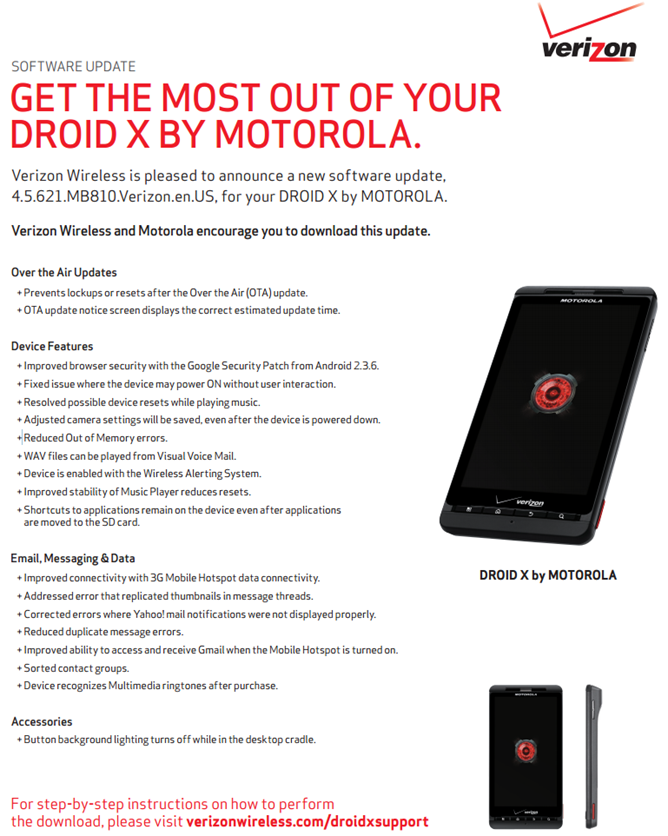 Okay, so it's not be the major device overhaul that you may have been hoping for, but at least it'll make your device function better, and that's always a good thing.

To pull the update manually, head into Settings and hit About phone > System Updates >  Download. Otherwise, just hold tight and the update should hit your device soon enough.

Full-HD Voice Calls Over LTE On Android To Be Showcased At Mobile World Congress - Hear The ...