Yesterday on their Facebook page, LG Mobile teased that something was coming today, with a heavy emphasis on "L". As promised, they revealed just what the L is today via a press release, and it turns out to be 3 new Optimus smartphones: the L3, L5, and L7. While the press release is light on actual details (but heavy on marketing mumbo-jumbo), they do reveal that the L3 will have a 3.2" screen and launch in Europe in March with Gingerbread (Android 2.3). The L5 and L7 will be 4" and 4.3" respectively, and both will pack Ice Cream Sandwich (Android 4.0) and ship sometime in the first half of 2012. 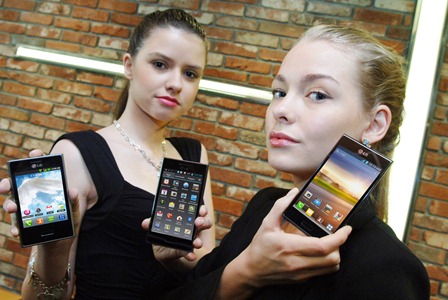 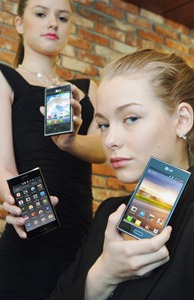 What would a product reveal be without creepy pictures of models holding the phones?

Samsung Introduces Galaxy Ace 2, Galaxy mini 2, One More New Phone This Month And They Get A ...