There's no shortage of media players in the Android Market, so creating one that stands out from the rest of the pack can be somewhat of a task. Enter a new music player called N7 Music Player, an app that brings a unique way to browse through your tunes. Have a look:

As you can see, the interface is definitely an interesting take on browsing your music collection. If scrolling through the poly-sized fonts isn't necessarily your thing, a quick pinch of the screen will display all album covers in alphabetical order (by artist). Tapping on the album gives a rather nice flip-out style animation that displays all available tracks from the selected album, again, in alphabetical order. Yes, you read that correctly, alphabetical order. So, unlike every other music player on the planet, it doesn't show tracks in the order which they appear on the album. This is definitely a huge annoyance for many people (myself included), but keep an open mind here, people - the app is still beta, after all. 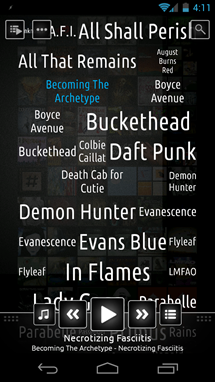 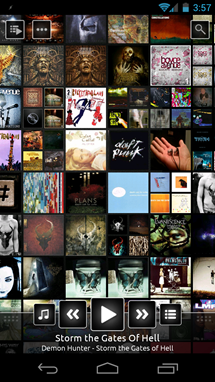 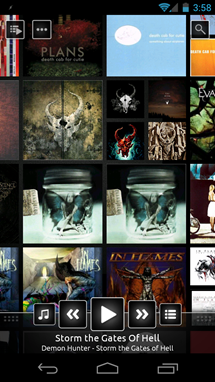 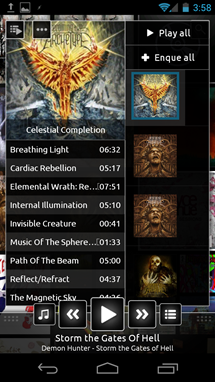 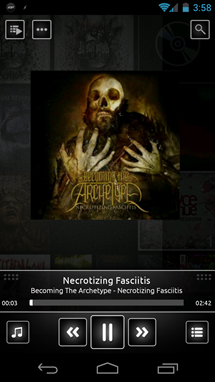 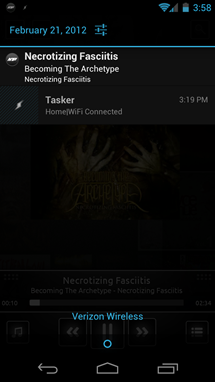 It isn't clear whether or not the app actually reads the tags of music, as it has an odd way of grouping, well... everything. It sometimes shows two of the same album cover (and splits the tracks up) for albums in which other players keep grouped together. Again, a minor annoyance, but an annoyance nonetheless.

If you just can't stand the quirky default interface, don't fret - there's still hope! The bottom leftmost icon (with the music note) takes you a much more traditional style music player. In fact, it looks very similar to Winamp, another popular music player. 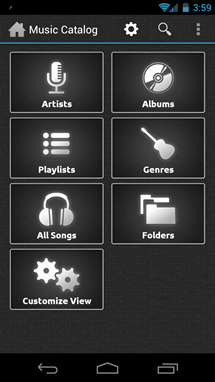 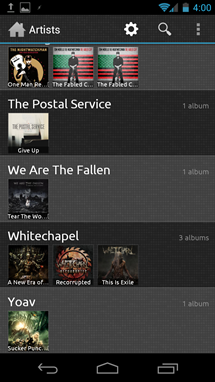 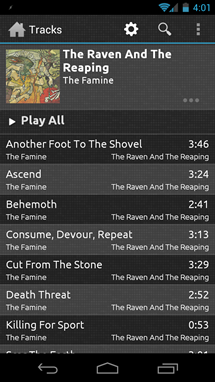 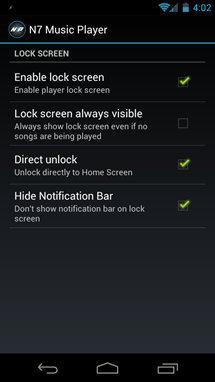 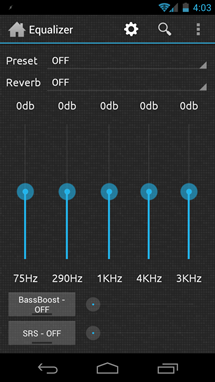 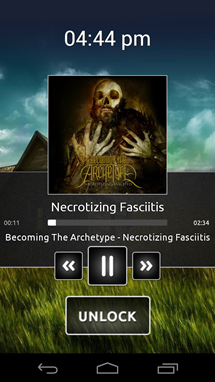 The app has a few other features that we all love to have, like an equalizer and lockscreen music controls, both of which seems to function as they should.

Despite its shortcomings, this app is definitely one to keep an eye on since its still in open beta for the time being. Given the beta state, the app is free in the Android Market, but only for a limited time. When the full version is released, the current version will expire and users will have to buy the pro version in order to continue using the app.

Hit the widget below to check it out.