ZTE, alongside NVIDIA, announced today the upcoming Mimosa X, the world's first smartphone to reap the benefits of NVIDIA's purchase of chipmaker Icera.

The Mimosa X is powered by NIVDIA from front-to-back thanks to the Tegra 2 and Icera450 processor/modem combo, and will intro as a good solid offering for anyone looking at the mid-range market: 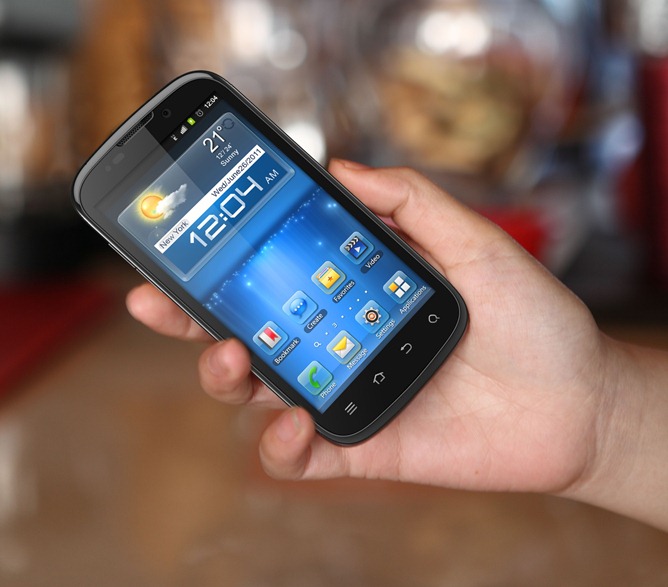 Yes, that Gingerbread in the pic. The Mimosa X will be running ICS at release, however.

The Mimosa X is set to launch sometimes in Q2 2012, but global availability and price have yet to be determined. Keep an eye out for more info about this device at Mobile World Congress next week - we'll be there to give you all the details.

SANTA CLARA, Calif.—Feb. 20, 2012—NVIDIA and ZTE today announced the ZTE Mimosa X, the first smartphone to be powered both by the NVIDIA ®Tegra® application processor and its Icera® modem, which came to NVIDIA through its Icera acquisition in mid-2011.

“The ZTE Mimosa X is exciting for a few reasons,” said Michael Rayfield, General Manager of the Mobile business at NVIDIA. “The Mimosa X marks the first time NVIDIA technology powers all the major processors in a single smartphone, and also the first time a premium mobile computing experience is coming to the mainstream smartphone market.”

The Mimosa X will be launched around Q2 2012. Positioned squarely for the mainstream market, it brings new levels of performance and connectivity to this large segment of users.

Consumers will now be able to use a mainstream smartphone to experience the same speedy web browsing, smooth multitasking, and HD video, as well as console-quality gaming with TegraZone, that was previously available only in high-end phones. TegraZone™ is NVIDIA’s free Android Market app that showcases the best games optimized for the Tegra processor.

The NVIDIA Icera 450 supports up to 21Mbps category 14 HSPA+ with fast downloads in fading channels, IceClear™ interference cancellation technology for even faster throughput at the cell edge and advanced Release 7 features for an ultra-low latency network response.

ROBOTA: Vengeance Is An Epic Robot Adventure Game Coming To Android, If Developers Can Get A ...

Behold: The Most Hilarious Galaxy Note (Scratch That - Any Phone) User Review On The Internet