As the world of Android gaming grows larger, more and better talent is continually attracted to the platform. ROBOTA: Vengeance is a game currently under development by SiXiTS Studios based on a story by Doug Chiang. The team at SiXiTS is run by creative talent that's worked on graphic design and 3D animation for films like Star Wars Episodes I & II*, Terminator 2, War of the Worlds, Harry Potter and the Prisoner Of Azkaban, and Disney's A Christmas Carol. In short, some of the most visually creative people around. 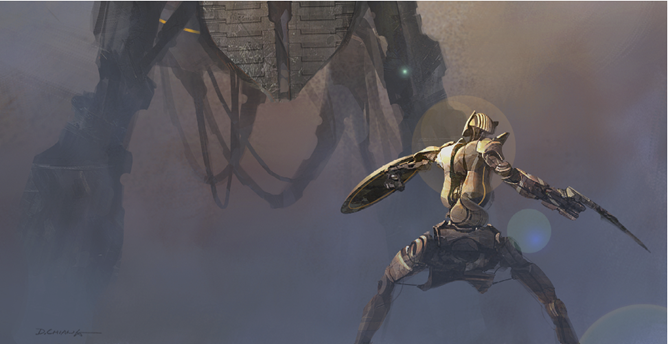 The project is currently in the funding phase. SiXiTS' goal is to raise $100,000 on Kickstarter by March 12th. The company has currently raised a little over $15,000, so there's still a ways to go. If you're trying to decide if it's worth the investment, check out the video below, or head over to the Kickstarter page for more info.

If you want to donate to the project, for your money you'll get early access to the beta and, depending on how much you donate, you can even get concept art, signed swag, or even a tour of SiXiTS studios for the generous (and wealthy) contributors.

ROBOTA: Vengeance looks like it has the potential to be a fantastic game. With creative talent that's been a part of such big Hollywood effects teams, there's reason to get excited. Here's hoping they make their fundraising goals.