It's not much of a secret that I don't actually like cases for my devices. I appreciate the added protection, but I've found that most cases either hinder the device's overall use, deduct from the natural sleekness, or are just flat-out ugly.

Then I got my hands on the Surface, Active, and Convert cases from Seidio. Wow.

Never before have I actually wanted to use a case on my phone, but these are some of the best looking cases I've ever seen. Not only do they look great, but they feel great and don't negatively affect the way I use my device. In fact, one of the Active cases actually enhances my device because of the built-in kickstand.

These particular cases are for the LTE version of the Galaxy Nexus, but there are also GSM variants, as well as versions of the Surface and Convert cases for the 2000/2100mAh extended batteries and a Surface case made to accommodate Seidio's massive 3,800mAh extended battery (links to all the different cases can be found at the end of the review).

So, without further ado, let's take a closer look at this trio of protection for the Galaxy Nexus. 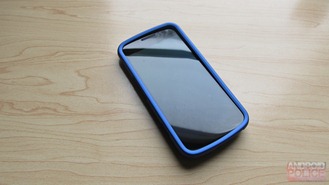 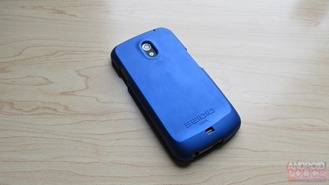 The Bottom Line: This case is perfect for anyone looking to add some protection to their device without adding a lot of bulk. The soft-touch finish is easy on the hands and its satin finish is sleek and elegant.

I'm not going to lie, I struggled to find things wrong with this case.

The Surface case is the most lightweight and, thus, least intrusive of the three cases. It's a simple two-part plastic case consisting of back piece and a small front piece that holds the whole thing together. The back inside is coated in a soft felt lining, so it will coddle your device like a mother koala bear holds her baby. 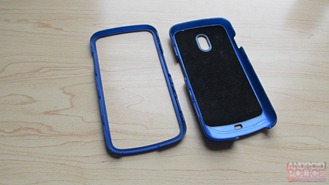 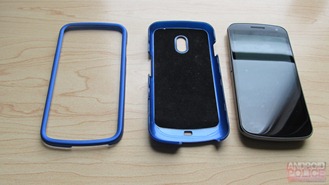 Putting the case on the device is easy and straightforward - just drop the phone in the back half and snap the front cover on. Boom. Done.

The case has a 'soft-touch' coating that not only makes it feel great, but gives it a beautiful satin look that doesn't attract fingerprints like glossier cases do. This is definitely one of my favorite features of the Seidio cases. 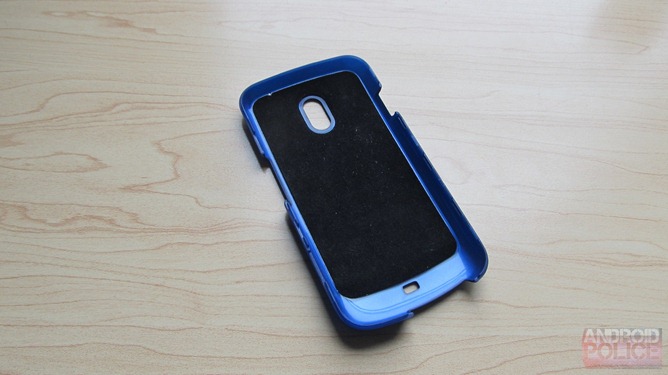 That's bee-you-tee-ful! What is that - velvet?

Since this case is the most lightweight of the three, it also provides the least amount of protection. Don't sell this little guy short, though; if you drop your device, it will most definitely keep it from harms way. However, if you drop it from a high enough distance, it may end up breaking the case in the process, but it would probably have to be a pretty good drop for that to happen.

As far as port coverage is concerned, this case has none. The sides and bottom are open, leaving access to the power and volume keys, as well as the USB and audio jack. Strangely, though, the case does block the three-pin connects on the side of the device.

For those who like to carry to their phone on their side, Seidio also offers a holster for the Surface case, which is $29.99 on its own or can be bundled with the case for around $50. I don't normally carry my phone in a holster, but those who do will be be very pleased with the Surface Holster. Like the inside of the case, the back of it has a felt lining to protect the front of the device, and the top has a spring-loaded mechanism that makes removing the phone and putting in back in the holster a breeze.

One of the coolest things about the Surface case, though, is that it actually becomes part of the next case in the lineup... 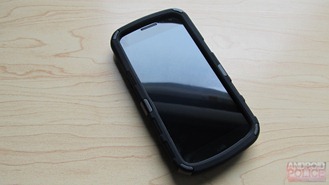 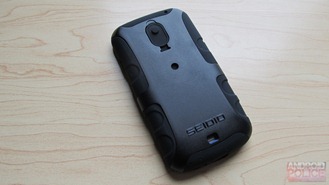 The Bottom Line: This case probably offers the best protection that money can buy. It's rough and rugged when you need it to be, but can shed unneeded layers when the lightweight protection of the Surface case is what you're after.

The Convert case is one kick-ass, ultra-protective beast of a case that actually uses the Surface case as its bottom layer. In terms of durability, think of this case as the Otterbox Defender with extra protection. Yeah, it's solid.

Here's the layout of the case: it starts with the Surface case, then it's wrapped in a layer of soft and absorbent silicone, followed by Seidio's arachnid skeleton hard-shell coating on the outside. It is, without doubt, the most protective case that I've seen to to date, all while still keeping the power/volume buttons tangible. 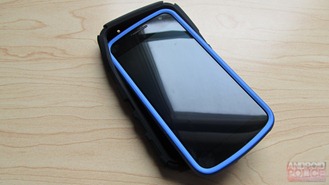 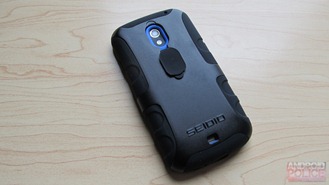 All the ports are protected, as is the camera. When you need expose the camera, though, simply pull down the silicon cover and snap it into the back of the case. When you're finished, just pop it back in place. I've yet to see this sort of camera protection from a case, so if you've been looking for a case that covers the whole nine yards, the Convert is definitely the one for you.

One major way in which this case differs from the Otterbox Defender is the way it handles screen protection. Or rather, the way it doesn't. There is no built-in screen protector with the Convert, which I see as a major plus. If you buy the full kit (Surface + Convert), it comes with an on-device screen protector, so you're still covered if you want to be.

The biggest benefit of this case is, without a doubt, its dual-use nature. It's perfect for those who work a rough job during the day, but only seek lightweight protection after work hours. My father is a perfect example of this, actually - he keeps his phone in an Otterbox whilst working, but switches it to a much lighter case (which he lovingly calls the device's "pajamas") when he's at home. This case provides a practical solution for both. 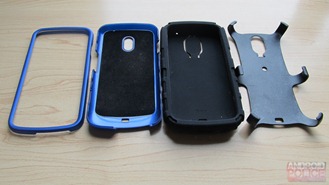 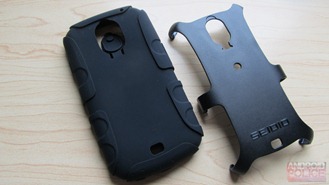 When it comes to size, this case does pack some added millimeters to the device, no doubt about it. However, it's not as massive as you might think; in fact, it's only a tad bit thicker than the Otterbox Defender case. 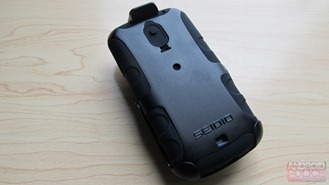 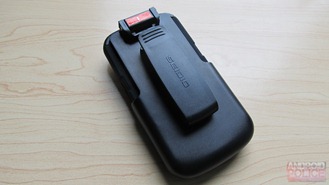 Like the Surface case, a belt-clip holster is also available for the Convert. It's built exactly like the one for the Surface, only a bit bigger as to fit the added thickness of the Convert. 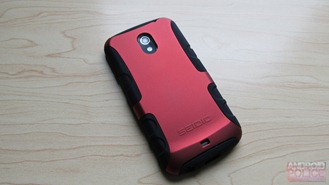 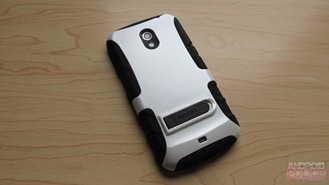 The Bottom Line: This case should fit the needs of most users. It looks great, feels great, and can add a kickstand to your device. It provides the perfect balance between protection and added bulk.

The Active case is probably my personal favorite of the three, as it's nearly the perfect middle-of-the-road case between the Surface and the Convert. It's a two layer system - a soft silicone underlayer, surrounded by Seidio's arachnid skeleton hard-shell on the outside. Think of it as the Convert, but without the bottom layer (which also shaves some of the thickness off). 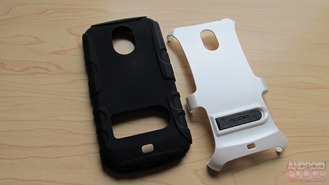 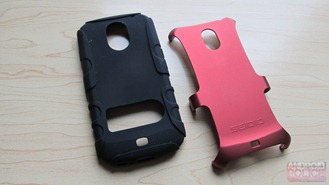 There are two versions of this case, one of which has a built-in kickstand. Otherwise, the two share all the same features.

This case is ridiculously easy to put on the phone. The silicone bottom layer is very soft and pliable, but it still hugs the phone quite nicely. The skeleton then pops on without issue and snuggly grips the silicone. The main downside to this case is that lint from your pocket sticks to the silicone, which is slightly annoying. Fortunately, rubbing your finger across the lint-covered area is all it takes to clean it off, so it's not a huge deal. 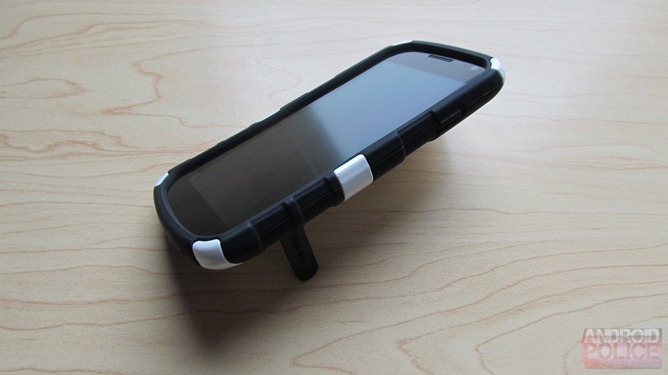 The skeleton is made of a hard plastic that is both durable and elegant looking. I really can't say enough good things about the overall design and aesthetics of all of these cases, the satin finish on all of them is simply beautiful.

While the kickstand is definitely one of the key selling points to this case, it does feel a bit more flimsy than I would like for it to. Don't get me wrong - It doesn't feel as if it's going to break under normal use, but after feeling how sturdy and well-made all the other cases were, I expected just a little bit more out of the kickstand. With that said, I use the kickstand all the time and have yet to have an issue out of it.

Like the other cases in this review roundup, there is a holster available for the Active series cases (it's the only one that I didn't get for review, but I'm sure it looks/works exactly like the other two) if that's your preference. 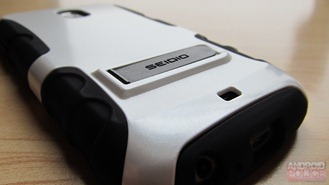 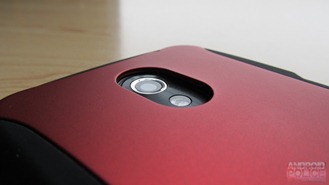 Collectively, these Seidio cases are among the best that I've ever used on any device. The build quality is outstanding, the overall look is very nice, the colors are bold and beautiful, and the satin finish both looks and feels great. Best of all, there's a level of protection to fit everyone's needs, and you'll get the same sturdy construction regardless of which one you choose.

Compared to other cases they may be a bit on the pricey side, but, given the quality of these products, are definitely a good value. If you're ready to buy, hit the links below.