Nearly half a year ago, Samsung shocked the smartphone world with the unveiling of an entirely unconventional phone at IFA 2011. Why was it unconventional and shocking, you ask? Well, because it sports a massive 5.3-inch screen. That phone is none other than the mighty Samsung Galaxy Note.

The phone is scheduled to release today, February 19th, and we've seen quite a bit of banter going around on what to expect. However, the most prominent question is whether it's a tablet or a smartphone. Obviously it's meant to be a phone with tablet-like features for on-the-go productivity, but is it practical to carry this thing around on a daily basis or is it just a gimmick that is destined to flop? I'll give you my full opinion on the matter after I've had a bit more time to acclimate myself to the new world of Phabletry (yes, I certainly did make that up), but for now I offer my initial impressions to you. 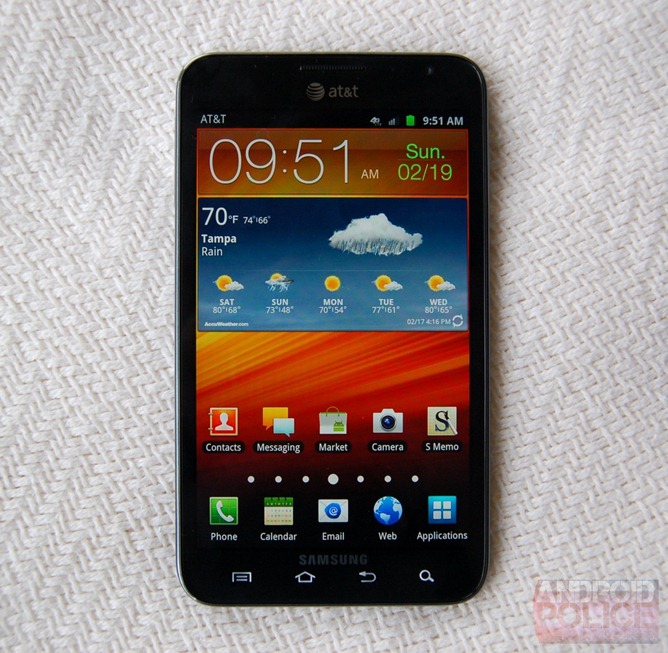 Before we get started, check out a full list of the Note's specifications:

When I first opened the Galaxy Note's packaging I gazed on in both wonder and confusion. I didn't want to pick it up for fear of breaking my arm, but its beautiful glossy screen beckoned me. It was much more monstrous than I envisioned, but so much more sexy, too. The sleek exterior shot my reflection back at me, and I could see my sister looking over my shoulder, jaw dropped, trying to find the right words to say. All she could come up with, though, was but...why does it look like that? 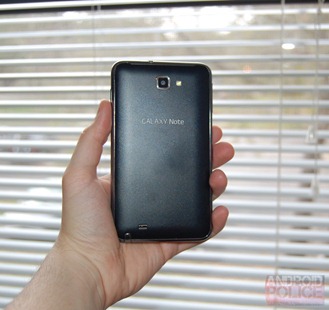 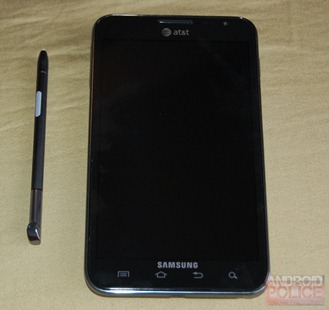 After coming to the realization that this was indeed a phone, and not some sort of freak accident, I picked it up. Much to my surprise it was ridiculously light. Weighing in at just 178 grams (that's only 31 grams heavier than my MyTouch 4G, which has a puny 3.8 inch screen), it didn't feel like I was holding a device that sports a gigantic 5.3 inch screen and a 2500 mAh battery.

The screen is made out of glossy Gorilla Glass bordered by a sexy aluminum bezel.  I was wondering how Samsung managed to make it so light, but the flimsy plastic backing says it all. I was almost afraid to remove it for fear of snapping it in half.

Trying to figure out how to hold this thing took some time. It's a bit too big to hold in one hand comfortably, so two hands is usually a must. If you have spider fingers and learn how to cradle it just right, there just may be a few instances in which you can forego the second-hand backup. Unfortunately, I use my phone is tons of situations that only allow for one hand use, so we'll have to see how that pans out after I've used it some more. 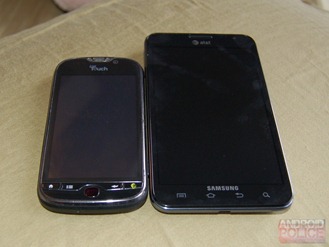 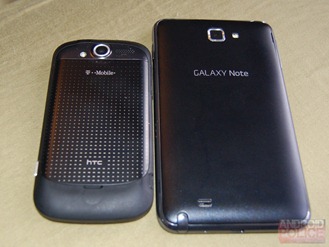 After giving it a onceover (and second and third), and relearning how to properly hold a smartphone, it was time to turn it on.

Having never used Samsung's TouchWiz UX before, I have to say that I was pleasantly surprised by how much I actually liked it. Coming from HTC's Sense, I've always had a bad taste in my mouth when it comes to manufacture designed overlays. Looking past the homescreens that were jammed full of and overly-cluttered with bloatware (which seems to have become the norm with new devices these days), I was greeted by an extremely responsive and fast device. Transitions between homescreens, the app drawer, and everything else were flawless and smooth. The powerful 1.5GHz processor really shows its brawn when you use this device.

The Note's beautiful screen immediately blew my mind. The 800 x 1280 Super AMOLED display instantly casted a huge, unforgiving shadow over any other device I've previously owned. One issue I noticed almost immediately, though, was the fact that the phone's software isn't really designed for such a large screen. The easiest way to spot this is to look at some of the homescreen widgets. Many were clearly designed to fit nicely across a regular-sized device, but leave extra space on a display with extra real estate. It seems almost sinful that Samsung didn't make additional UI tweaks to make it appear more seamless. 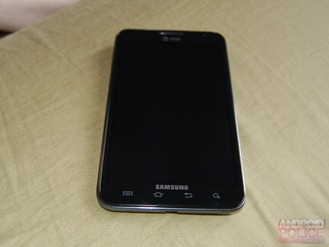 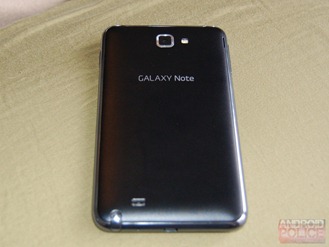 After thoroughly exploring every corner of this phone, I remembered that it came with the S-Pen. This handy stylus was designed specifically for the Galaxy Note, and even has its own apps on the device. I've never truly been a big fan of styluses, but I must say that this one is pretty spectacular. It has an ultra-fine tip, so drawing or writing smaller lines is very easy (a feature that most styluses don't have). Not only does it work well while navigating the screen, it also responds to pressure while drawing, and has a button on the side that can summon note-related apps or screenshots with gestures or taps.

When it came time to leave the house panic quickly washed over me. Where do I put this thing? It didn't come with a shoulder strap? Will it even fit in my pocket? If you have small pockets, you're out of luck. This hunk of a device took up most of the space in mine, and it was a little uncomfortable at times. It'll take some getting used to, but I'm sure I won't even notice the size after a while (I hope).

I'll be lugging this beast around with me for the next several days, so look out for the full-blown review here. I can already tell it's a great top-notch device, but will sheer size be its single downfall?