Monster Shooter puts players in the shoes of an alien named Dum Dum, whose cat has been stolen by an opposing alien race. Following the most reasonable course of action, Dum Dum ventures out with an impressive selection of weaponry, and a bloodthirst that will eliminate heaps of enemy aliens across a ton of levels.

The game includes two modes of play: Story mode, in which the above narrative is played out, and Survival mode, in which players pursue high scores and leaderboard fame. 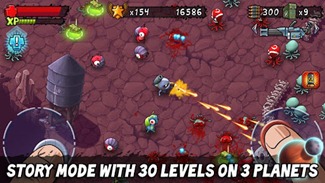 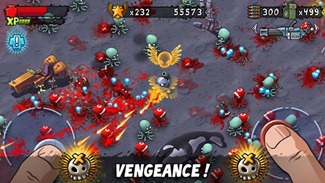 It's worth mentioning that Monster Shooter is completely free in the Android Market, with optional in-game purchases. There's no doubt Monster Shooter will make a great addition to your mobile gaming portfolio, so hit the Market link below to try it out.

In-Depth Analysis: Android's Notification Bar Patent (And How Apple May Or May Not Infringe It)