Over the past 2 days, I've been watching a thread over at MDW that showcased a rooted Motorola XYBOARD tablet but instructed us to wait a few days for the root method to be released. Root was achieved by none other than Dan Rosenberg, the ninja from vulnfactory.org, who has been serving multiple root methods for previously unrootable devices left and right.

Good news, everyone [of you five fine gentlemen in the corner who own a XYBOARD] - as of this morning, we have the root files. The procedure, which can be performed using Windows or Linux, is very simple, and all the files you need are packaged into a single zip file. Just unpack it, run the corresponding script (run.bat on Windows or run.sh on Linux), and voila - you're rooted.

Excellent work yet again, Dan. The community is grateful for your contributions (don't listen to the minority that is out there for a daily troll hunt). 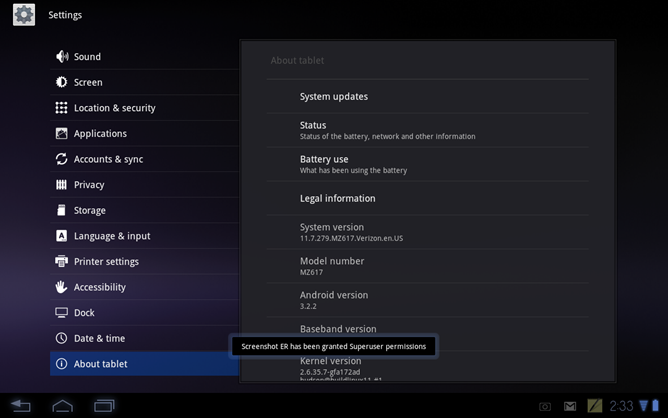 Samsung And Verizon Bring Back 2010 With Style, Roll Out Froyo Update To The Continuum