Owners of Motorola's Droid X should be expecting an OTA update "soon," which will bring the device's build up to version 4.5.621.MB810. Despite the fact that Verizon's announcement page says "Droid X2" in the title, the update will in fact bring its bevy of enhancements to the original Droid X. Among these are improvements to the OTA process itself, browser security (a la Google's 2.3.6 security patch), and various stability and bug fixes. Verizon's announcement document lists the full set of enhancements, for those interested: 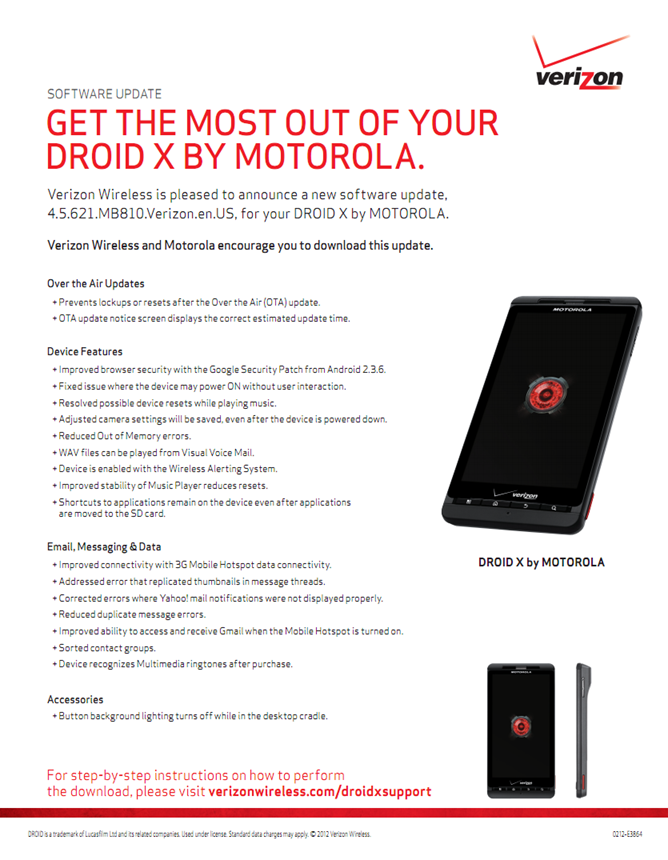 Verizon has also provided a handy instruction sheet for updating your device, though the update is – as yet – still listed as "coming soon." The process should be familiar – just hit settings > About Phone > System Updates > Download.

Verizon advises that the update should only take about 5-15 minutes to download the 15MB update, meaning users won't have to wait too long to bring several handfuls of improvements to their Droid X.