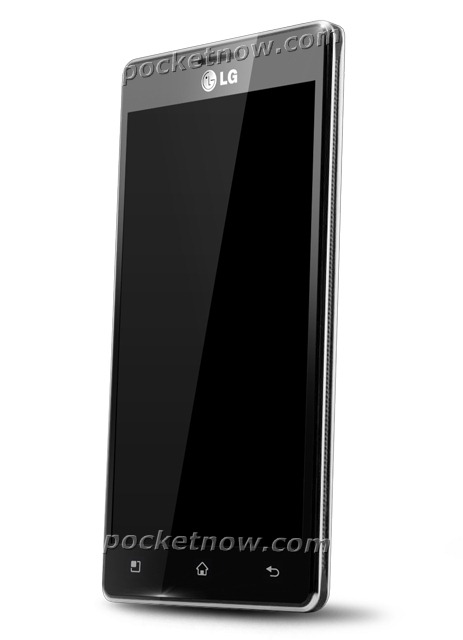 Now, the extremely reliable Paul O'Brien of Modaco has word from a source that those specs are correct - the sole exception is that the front-facing camera is 1.3MP (not 1.2). The build used in the shots sent to him runs Ice Cream Sandwich (4.0.3) and the latest kernel from NVIDIA, and suggests little UI customization by LG. He also mentions that the 8MP shooter around back has an "ultra-fast shutter" - presumably much like the Galaxy Nexus. 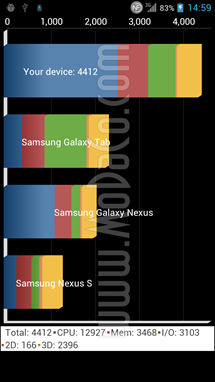 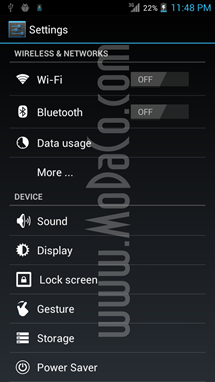 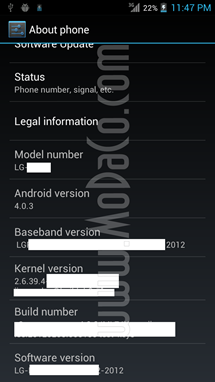 Finally, judging by the Quadrant benchmark above, the X3 should be every bit the monster we expected, scoring more than double that of the Galaxy Nexus. To those who have used a device rocking a Tegra 3 (read: Transformer Prime) before, that should come as no surprise.

Expect to see the X3 - and the Tegra 3-powered HTC Edge/Endeavor - at MWC later this month.

One last closing note: many will remember that LG was first to the Tegra 2 game with the G2x - but thanks to slow updates and poor support, has left many owners and Android fans with a bitter taste in their mouth. O'Brien asked his contact about the ICS update for the G2x, and the update is indeed in progress, but not ready yet.

Motorola Adds the Droid 4, Photon 4G, Atrix, Atrix 2, Xyboard, And More To The List Of Devices ...