Though some would have you believe Google TV has long been a dead horse, it seems Mountain View hasn’t given up hope just yet: just about a month after a handful of CES announcements, the company put up a Facebook message promising the following: 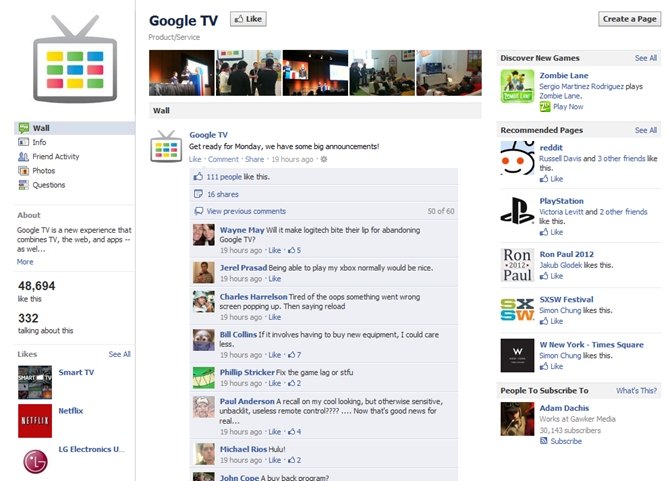 There’s obviously no way to discern for sure what these “big announcements” might be, but as The Verge says, it’s possible they could entail the yearly GTV update or (more excitingly) a Google-branded device (Nexus TV, anyone?). Either way, we’ll be keeping you updated on the news – good or bad – as it comes in, so keep it locked right here on AP!

[Weekend Poll] Tracking The Android Invasion: How Many Android Devices Have You Owned?