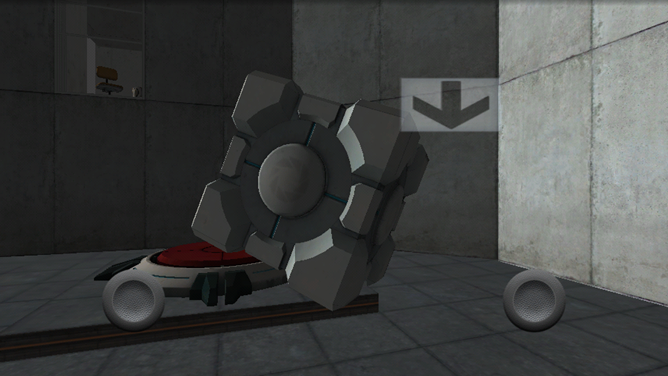 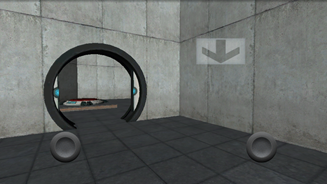 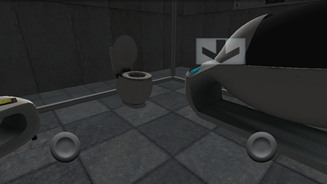 These screenshots are essentially the extent of the concept build - it doesn't go much further (you fall out of the bottom of the first elevator). Check out the video of the full level:

As you can see, it does pretty much work (the choppy FPS is caused by our recording app). The best part, though, is the quality of the graphics in this unofficial port clone (it was developed using Unity, and since Portal is not open source, "clone" is a more correct term). Everything looks pretty great (except the portals, they haven't quite figured that part out yet), and the controls work decently, too. Will this game ever get off the ground? It's hard to say - this is a Russian piece of software, so it's unlikely VALVe will be able to do anything to stop it, if development continues.

Obviously, you'll never see this on the Market or any other remotely legitimate app store, but the concept has us absolutely drooling. If a fly-by-night development team can get this far, we can't help but think VALVe hasn't already started to explore the idea, too.

No, There Is No Proof Instagram For Android Is Around The Corner - Just Fake Crap Advertising ...