While some may argue that past Droids have been a letdown, The D4 fulfills many, if not all, of the requests made of the Droid line (on paper, at least). It's fast. It's sleek. It has LTE and a full gig of RAM. The slide-out keyboard that made many users fall in love with the Droid line is back and better than ever. There's no doubt - this is the most powerful Droid to date. 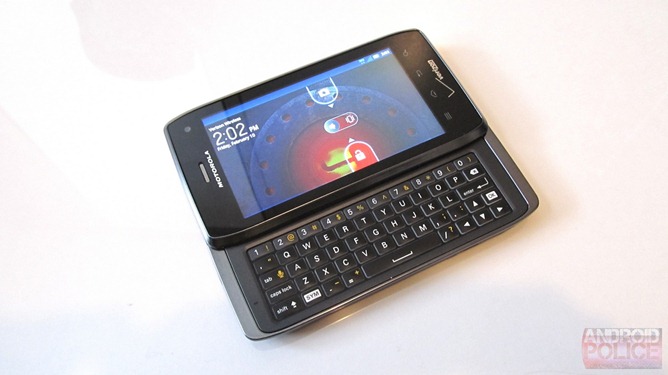 Here's a closer look at what this new Moto flagship has to offer:

Fortunately, the D4 review unit landed in my hands this morning. I'll spend the next few days putting through its paces to see how it holds up as my daily driver before writing a full review. In the meantime, I want to share my initial impressions with you. 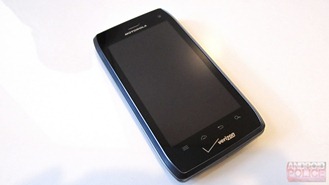 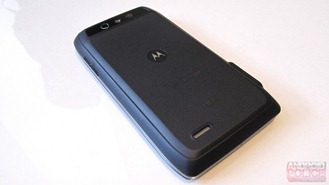 As soon as I cracked open the box and looked at this device, it was like déjà vu; it honestly felt like opening my OG Droid all over again. I don't mean that in a bad way either - that was a great feeling. Little did I know at the time that the OG Droid would change my life the way it did (I wouldn't be where I am now without it). I'm not suggesting that the Droid 4 is a life-changing device, merely that getting it out of the package was more exhilarating than I expected.

As soon as the device hit my hands, the first thought that came to mind was wow, this is solid. It feels great in-hand - well made and tough as nails. As expected, though, it's quite heavy. Well, heavier than my Galaxy Nexus, anyway. Users planning on upgrading from the OG Droid shouldn't feel much impact from the increased weight, however; it's a negligible difference from it's older oldest brother (169g vs 179g, respectively).

In terms of thickness, I will say one thing: my previous assumptions of the D4 were completely wrong. It's only a hair thinner (1mm) than the OG Droid, so it's nowhere near as thick as I imagined based on previously leaked images. In fact, the thickness isn't bad at all - it's not much bigger than my Galaxy Nexus whilst in the Seidio Surface case. 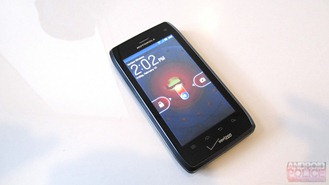 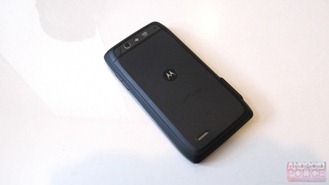 In the interest of objectivity, I'll say this about the display: it's not awful. It's not as good as the display on the Galaxy Nexus (not even close), nor is it as good as the display on the OG Droid. While the resolution is decent, the colors are just too washed out (thanks to PenTile, no doubt). Whites aren't white. Greens aren't green. Colors are just ghosts of their normal selves. Honestly, it's a bit disheartening.

Transitioning between homescreen is pretty fluid, but I notice a bit of choppiness, blur (no pun intended), and ghosting when navigating from screen to screen and while in the app tray. Similarly, all text and images becomes badly out of focus while scrolling, be it on a web page, homescreen, app tray, or anywhere else. Comparatively, the screen on the Droid RAZR suffers from none of the aforementioned afflictions  - the whites are more dull on the RAZR than the D4, but that's the only aspect where the D4's display outshines the RAZR. I feel like Moto took four huge steps backwards by returning to the old display format instead of sticking with the AMOLED of the RAZR.

Opening and navigating between apps is insanely fast. When you tap an icon, the app is there in an instant. Similarly, when you return to the homescreen, there is no waiting period. However, I haven't spent enough time using the device to launch several apps and get a lot of multitasking going, so this could change over time. I'll definitely address this in the full review.

Speaking of apps, let's talk about bloatware, because there's a lot of it. I counted 22, yes twenty-two, pre-installed apps, not counting proprietary Moto Blur or Google apps. If you want to add Blur apps into the mix, you're looking at roughly 31 pre-install apps. Thirty-one! That's pretty outrageous, if you ask me. Here's the full list: 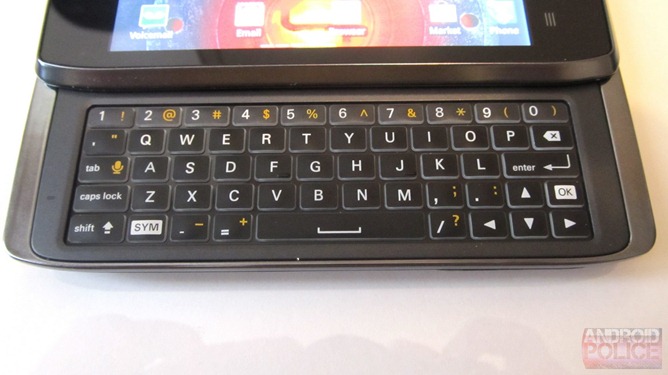 Lastly, I want to talk about the physical keyboard. In a nutshell, it feels great. The transition from touchscreen to physical keyboard is a bit odd (I haven't used a slide-out keyboard in many months), but the adjustment period was minimal. The keys are very easy to press, large enough to hit without tapping the keys on either side, and you can easily feel each keypress. This is, hands down, the best physical keyboard that I've ever used. Thus, if there's one thing that I'm one-hundred percent certain of, it's that users upgrading from the OG are immediately going to love this keyboard. 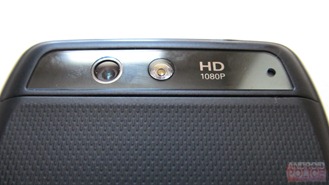 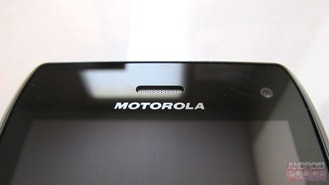 So, how do I feel about the Droid 4 so far? Honestly, I have mixed feelings at this point. As much as I want to love this device, it's hard to get past the lackluster display, shoddy scrolling, and tons of bloatware. On the bright side, however, it's quite fast and the keyboard is fantastic.

I'll be spending a lot of one-on-one time with the D4 over the next few days, so watch for the full review and a much more in-depth look at what the D4 is capable of and how tolerable its shortcoming really are.

PRADA By LG 3.0's Marketing Campaign Featuring Edward Norton Utterly Confuses Us, But I Can Get ...