Seeing as I'm hopelessly addicted to Portal and Portal 2, I was pretty excited when we came across Asantee's new game Magic Portals. Basically, it's a physics-based puzzler that revolves around the whole portal concept. While it obviously isn't exactly unique, it is absolutely entertaining and fun to play. 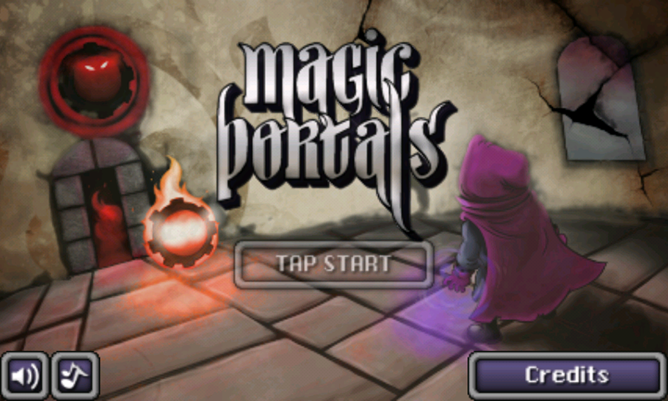 So as I said before, the whole game is based on portals - hence the title. As we all know, portals aren't really a magical phenomenon, though. They are the result of a rather complex portal gun created at Aperture Science. But for the sake of this game, portals are shot out of the characters hands using magic spells, and I guess that's cool too.

There is only one mode of play in Magic Portals, and the aim is to make your way to the finish gate by opening as few portals as possible. Aside from teleporting yourself around the level, you'll have to utilize objects throughout the game to perform tasks like holding down gate triggers and breaking walls. To control the character, just tap on the left or right arrow at the bottom of your screen and tap the location you want to place your portals to fire them. At the end of each level, the number of portals opened will be tallied up and you'll receive either a gold, silver, or bronze score depending on how many you used.

While there is just one game mode, there are a few different types of puzzles to stir things up a bit. Some will have to be completed without the use of portals, and others will contain objects that can't be teleported. This does add a bit more excitement and all, but I found almost all of the 60 levels offered in the full-version of the game to be stupid-easy. The developer does mention that more levels are on the way though, so hopefully those will be more challenging.

Overall, this game is very entertaining and has nice graphics, and at just 0.99 cents for the full game, I feel that it's well worth it. However, I really need to see much more challenging levels to be completely satisfied. It just kills the fun when you can solve every puzzle in a matter of seconds. I would also like to see a plotline and some additional game modes. Perhaps a campaign mode that gives us a backstory, then maybe something like 'beat the clock' to add replay value.

Check it out below and let us know what you think! 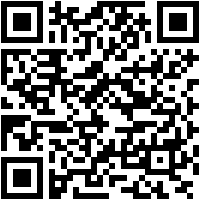 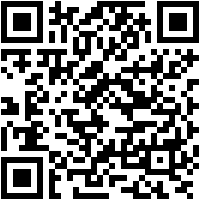 [Review] Beef Up Your Smartphone's Camera With These Swappable Wide Angle/Macro, Fisheye, And ...