It never fails. You're walking along, reading your emails, not looking where you're going, and then boom! You trip over the cat and land nose-first into his empty food bowl. Transparent Screen aims to prevent this type of misstep by letting you see through your camera while you're walking. Unfortunately, it can't fix your cat's passive aggressive behavior, but we're sure an app like that is in the works. 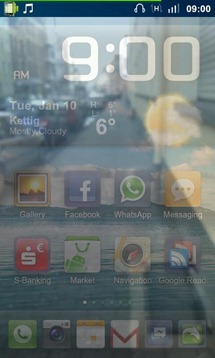 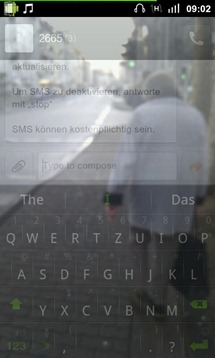 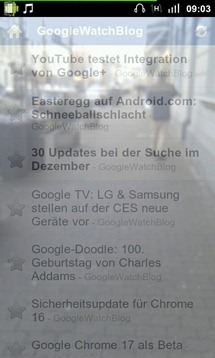 We've seen apps like this before, usually designed for texting and walking only. This app's approach, however, is to make your entire Android experience translucent. As you can see in the screenshots above, no matter where you are in the OS, you'll be able to see through your rear-facing camera. You're able to adjust the transparency to your preferred visibility, though during our test runs, we found that app UIs change so much that picking just one transparency setting was very difficult. Some apps require more transparency than others to be useful.

You'll also want to set the video quality to the lowest settings, or mid-level at best. Our initial test using the highest resolution of 720x480 was so choppy that it was difficult to see anything. Even the app itself suggests using a lower video quality as the lag problem is apparently not something the developer is able to prevent. This isn't that much of a problem, though, as you only need the video feed to avoid collisions with people, vehicles, and that bloody cat, all of which you're able to see just fine on low-resolution video.

The alternative is putting your phone in your pocket while you walk, but there's just too much interesting stuff on the internet for that!

Rumor: Samsung Galaxy S III To Be Better Than Galaxy S II In Numerous And Suspiciously ...

Best Buy Introduces 'Phone Freedom,' Gives Up A $50 Gift Card If You Register Before February 12