Osmos HD, by Hemisphere Games, made its jump to the Android Market in late January, and brought with it some insanely relaxing gameplay. It was previously available on computer and iDevices, so you may have played it before it became available on Android. However, if you haven't played it already, the concept is ridiculously simple, but oh-so awesome.

Basically, you control a tiny little lifeform called a 'mote', and aim to consume or avoid being consumed by other 'motes.' It may sound odd, and way too simple to be fun, but that's just not the case. The game is relaxing, captivating, and has hypnotizing graphics and soundtracks.

If you want to give it a shot, check out the demo and full game links below. Alright, I'll be the first to admit that Doptrix doesn't look too enticing, but once you start playing you'll quickly realize that simply is not the case. This game is pretty much a beefed up Tetris alternative, but with an entirely unique spin. The player can rotate and flip the game board, as well as choose which position the shapes enter the game in. It offers up three different modes of gameplay: Classic, Alternative, and Puzzle. 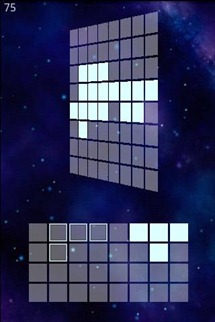 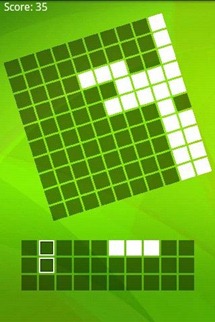 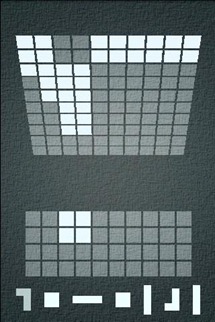 In the first, you'll see shapes similar to those in Tetris and will be able to manipulate them as they enter the screen. The second is similar, but doesn't give you the option to choose the position of the shapes, making it much more difficult to match up pieces. The third mode is exactly as it sounds - you try to clear the screen by solving some interesting puzzles.

It's absolutely free, so check it out below! Hey Sega fans, remember Sonic & Knuckles? If you were born after 1990 then the answer to that question is probably "no." While those who do remember will probably feel a stronger urge to play, anyone can enjoy some good Sonic gameplay. Regardless of when you were born, or what you remember, Sonic The Hedgehog, Episode 1 is the long-awaited sequel of Sonic & Knuckles (that's 16 years of waiting, if you were counting), and it really is loads of fun.

This game delivers exactly what you'd expect from a Sonic game, and it's optimized for your mobile device. What more could you ask for? The game will cost you $4, but I think the price is fair for all the fun it offers. Hit the link below to if you're interested. Some of you may remember when we announced this beta back in the middle of December, and if you were eagerly anticipating its release like us, you'll know it hit the Android Market at the beginning of January. While it is only a beta and not a full release, we still think that this game is one of the best to hit the Market last month.

SoulCraft is based in a world in which humans are on are the brink of discovering the secret to eternal life. This results in the angels and demons coming together to declare an apocalyptic war on the human race. You play through real cities like Venice and Rome and have the option to play as a human, angel, or demon when the full game releases (currently the only class you can choose is the angel).

SoulCraft was made for Tegra 2 and the beta is currently only available on Tegra-powered devices, but the market description slightly suggests that the full game will be available on other devices when it is finally released. In addition, it doesn't work with ICS yet, but the developers are working to get that fixed. Check out the trailer and hit the link below to try it out for free.

The Serpent Of Isis

Until we stumbled across The Serpent Of Isis by Big Fish Games, I had absolutely no interest in the 'hidden object' genre. These types of games just never really appealed to me, and most still don't. However, this title takes this type of game to another level with an interesting and suspenseful story line, good graphics, and challenging puzzles. I think what truly drew me in were the good graphics, and what made me stay was the suspense.

In The Serpent Of Isis, you play as a treasure hunter out to find an ancient piece of art that was stolen from your grandfather long ago. The story is delivered to the player in a series of 10 chapters and takes you through six European destinations on a mission to tract down the thieves. While it is a well-made and interesting game, players should be aware that an in-app purchase of $3.99 is required to play it in its entirety.

Last week we announced the very first Android Humble Bundle. It just so happens that both Anomaly and Osmos HD are included in this, meaning you can get them (plus a couple other games) for much cheaper. Head on over to Humble Bundle to check it out!

That's all we have for this month, folks. We honestly didn't see too many exceptional games come out of January, but we've already seen a few great ones from February, though, so look out for the next roundup at the end of this month. Don't forget to check out the best apps we chose for January, too!

[Weekend Poll] Are You Using A Custom Launcher?