Polarbit invites users to prepare for the ride of their lives, bringing the sequel to Reckless Racing to the Android Market just two days ago. The game keeps pace with its predecessor, bringing "the best powerslides in the world," online multiplayer, and customizable control layouts.

Reckless Racing 2 offers several different gameplay modes, including career mode, arcade mode, single event, and multiplayer. Career mode offers a variety of cups to compete in, while arcade mode allows players to choose from an array of tracks. I found the single event mode a refreshing addition, as it enables quick pick-up play without requiring the player to invest a significant amount of time.

The game also allows players to customize controls, upgrade vehicles, and create totally customized matches with players from around the world, making it a powerful racing game well worth its $4.99 price.

Reckless Racing 2's career mode offers players several cups to play through, each more difficult than the last. The Roadrunners cup primes players with three relatively easy courses, each with their own challenge – the first course carries classic racing rules. That is, you need only cross the finish line first to win. The next course challenges players to achieve the fastest lap time. With a notable increase in difficulty, the final course of the Roadrunners Cup eliminates the player in last place at the end of each lap, adding both interest and difficulty.

As courses and cups get more difficult, stronger vehicles are needed. Reckless Racing 2 has a wide selection of vehicles, all of which must be bought using prize money. Some courses require the player to upgrade their vehicle before playing, thereby forcing the player to achieve higher scores in past competitions in order to progress. Upgrades come in the form of engine or body enhancements, tires, or entirely new vehicles, each with their own unique pros and cons.

Overall, career mode is exactly what you may expect from a racing game, taking players through about 12 different events, with unique courses, challenges, and stakes. There was nothing that particularly struck me as awesome about this mode, but it is fun nonetheless, and easily provides hours upon hours of gameplay.

RR's arcade mode takes players through 40 individual challenges, and has slightly different dynamics from career mode. Specifically, arcade mode does not offer the option of purchasing different vehicles, but instead assigns a vehicle to each challenge. Additionally, every race follows the same rules, offering gold, silver, or bronze stars based on performance. Players must place first, second, or third in order to progress to the next challenge, while collecting prize money from each race.

Without the worry of upgrading vehicles and re-hashing challenges to garner prize money, arcade mode has a significantly lighter feel, and is generally more fun than career mode, while maintaining an increasing level of difficulty to keep things interesting.

Single event mode is actually comprised of three gameplay modes – race, hot lap, and elimination. All three of these are borrowed from career mode, but in single event, the player can choose which challenge to play. Race mode is exactly what it sounds like – all the player needs to do is cross the finish line first. In Hot Lap, players will challenge themselves (without competition from other drivers) to achieve the fastest lap time. Elimination takes out the racer in last place at the end of each lap, making it something of a survival mode. Each mode offers a surprising (yet awesome) array of environments and tracks, allowing for almost infinite unique single event sessions. The fact that single event mode is so wide open is certainly refreshing, as it adds a pressure-free mode of play that can be picked up and put down whenever the player has a spare moment.

Something else that's interesting about this mode is that it uses assets from career mode, meaning players can switch between vehicles earned elsewhere in the game, testing out how they race in the stunning array of available environments.

I would definitely say that single event mode is the most dynamic, fun gameplay mode in Reckless Racing 2, rivaled only by the game's multiplayer mode.

Multiplayer mode adds a great social element to Reckless Racing 2, allowing players to create their own game room or join one that already exists. A game room's host can choose which environment and track players will compete on, as well as how many laps will be completed, making multiplayer mode very versatile and interesting.

Of course the number of variables available to players in multiplayer mode adds a heap of challenge and interest to the game, and allows for hours of gameplay. This mode appears to work over a Wi-Fi or 3G connection, making it easy to play on the go. Including a versatile, challenging, and – most importantly – fun multiplayer mode really kicks Reckless Racing 2 up a notch in my book, and adds a lot to the game's overall value.

If you can't tell by now, I have a generally positive opinion of Reckless Racing 2. It seems to be a successful follow up to the original, and has enough gameplay options to make it well worth its $4.99 price tag.

My only complaints with the game are relatively minor. First, it seems just a tad glitchy. Exiting the game will sometimes leave the sound track playing indefinitely (unless you force close), which is irritating, as I like to switch apps and multitask at a moment's notice. Second, the game will randomly ask you to rate it in the Android Market, which is another irritant. It's my opinion that if an app is worthy, I'm fairly likely to rate it on my own, without random prodding from the app itself.

Overall, however, the game is great. It's fun, engaging, and dynamic. It will easily keep your attention for hours and hours, but also provides options to pick up and play a quick round whenever you have a moment, making it a great option for those seeking an awesome racing game for their Android-powered phone or tablet. At $4.99, the game is reasonably priced, and definitely worth the modest investment. To try it out for yourself, just hit the Market link below. 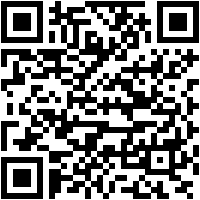