One of the biggest features of the Galaxy Tab series (minus the OG Tab) is TouchWiz UX and its mini-app tray. In fact, it was difficult for me to get used to the Transformer Prime after having the Galaxy Tab 10.1 because I miss those little apps so much. For the uninitiated, mini-apps in Touchwiz UX are small "portable" applications that run in an independent window on top of the foreground application. 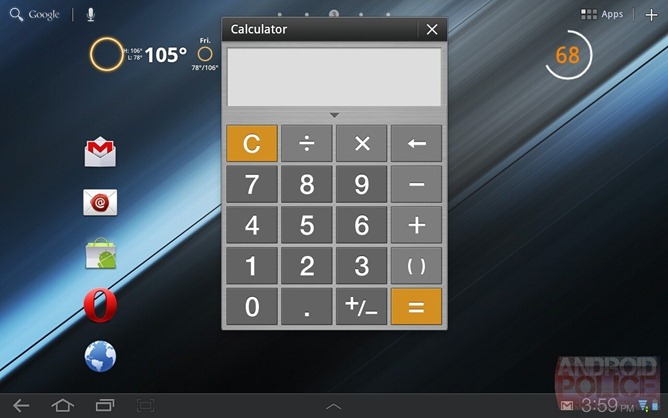 Of all the mini-apps, the calculator is among the most useful - who really wants to navigate away from the current application to use a full screen calculator (especially on a tablet)? Thanks to a new app called AirCalc, you'll never have to make that choice again.

AirCalc brings a floating on-screen calculator to any Android 2.2+ device, be it a phone or a tablet. It can be moved around the screen, "minimized", or resized. It is, without a doubt, one of the most useful apps I've ever installed. Take a look: 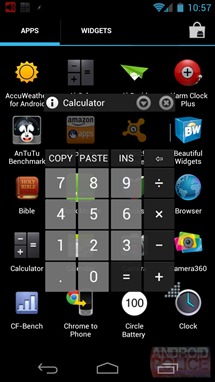 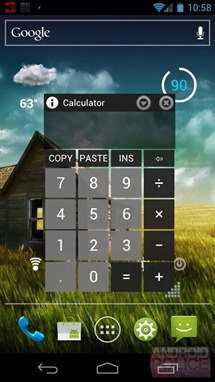 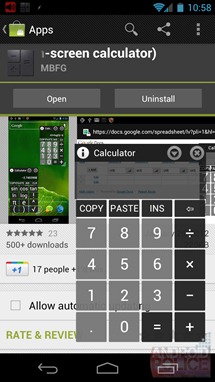 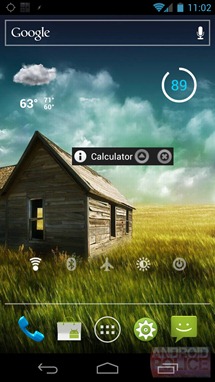 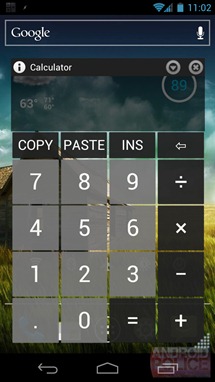 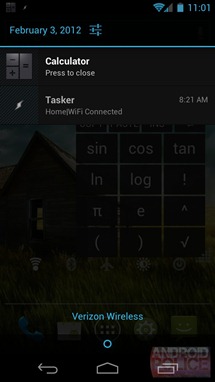 Not only that, but it also offers advanced features, making it even more useful: 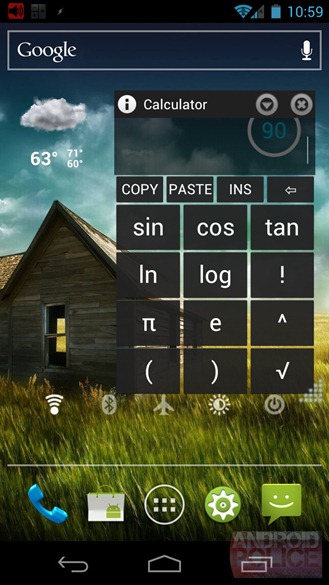 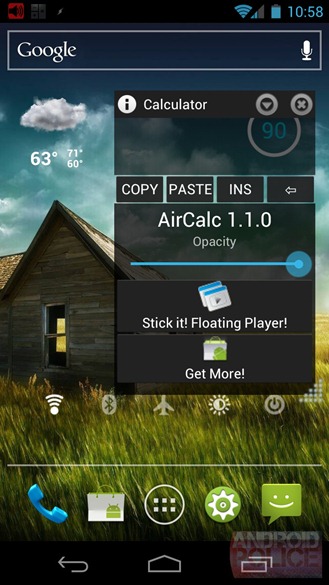 While it's quite useful on a phone, it really shows its full potential on the larger screen of a tablet: 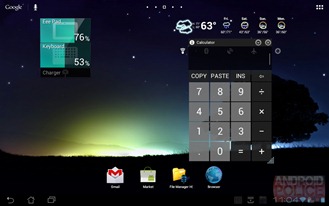 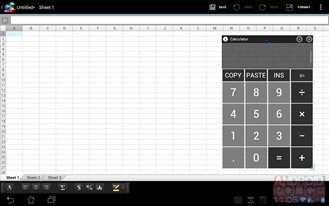 In order to launch the app, you still have to navigate away from the foreground application to open the app tray, making a quick-launch option the only thing it's really lacking. Otherwise, this is an amazingly simply, yet useful app. We hope to see more apps along these lines show up in the Android Market soon.

Not only is this app ridiculously useful, but it's also completely free (and ad-free) in the Market. There is really no reason you shouldn't have this app installed. While you're at it, you should also check out another app from the same dev called Stick It, a floating video player.