We all love LTE. We also all love not being broke, if we can avoid it. Sometimes our two great loves conflict with each other. MetroPCS wants to try and make this love triangle work with $40 unlimited plans for all LTE devices in its portfolio. There's a catch, though: you're only allowed 100 MB of "multimedia streaming access." 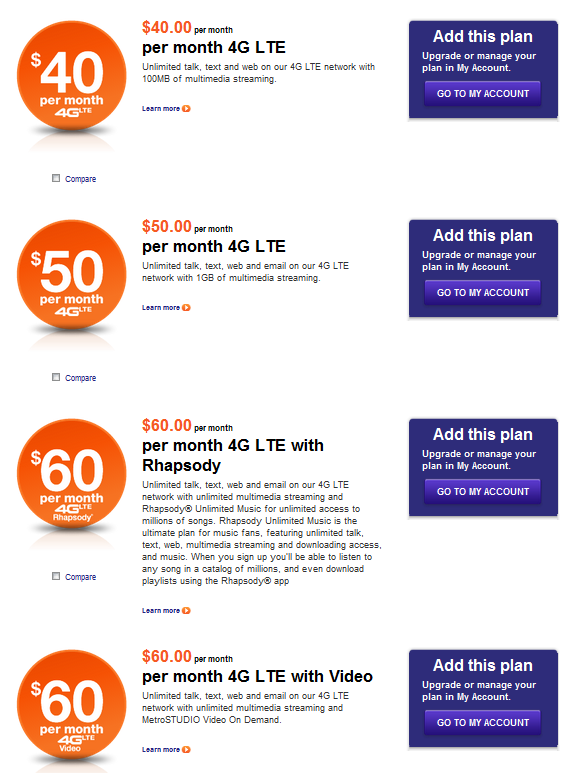 According to MetroPCS, "multimedia streaming access" is defined as "content that is programmed as streaming within a web site." Suffice to say, YouTube, Netflix, Hulu Plus, Pandora, Spotify, Rdio, and any number of other services that you might want to use would fall into this category.

To put this cap in perspective, depending on who you ask, an hour of Pandora streaming music can use between 25 and 50MB of data. A 30-minute, standard-definition Netflix video would be around 400MB of data. So, expect to be cut off before the second commercial break.

Still, this new plan will bring LTE speeds to even more users on a budget. If you've been craving LTE speeds, but can't spare the cash to jump to Verizon—and you're ok with sticking to WiFi for the heavy lifting—give this deal a look. Otherwise, you may want to stick with one of the more expensive, yet less limited plans.