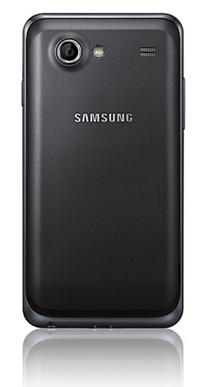 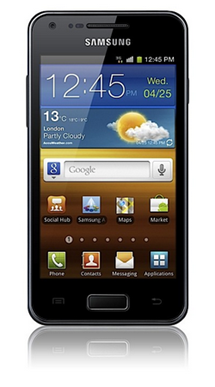 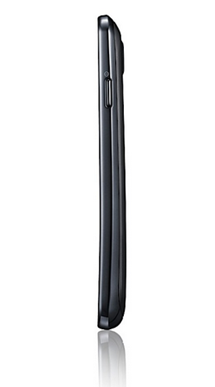 The device isn't a wimp, by any means, but it's also not going to top any benchmarks, which places it firmly in the mid-range of devices, which is a curious position. The phone has 768MB of RAM instead of 1GB and a 5MP rear-shooter instead of an 8MP, but those minor spec differences aside (along with a couple other minor differences), the device is still only slightly behind major flagship phones.

Perhaps it's time to redefine what "mid-range" means. Or perhaps Samsung didn't get the memo about quality over quantity. Motorola and HTC have both released statements recently declaring their intentions to release fewer phones, focusing on quality rather than flooding the market with spec boosts to last month's devices.

One could make the argument that there's still a place in the world for mid-range devices like the Advance, but Apple's model of selling last-year's device for a discount seems to work well, saving R&D, production, and advertising costs. It also simplifies the product line for the consumer. We're not usually inclined to suggest that an Android manufacturer follow Apple's lead, but in this case we might be willing to make an exception.

While pricing has yet to be announced, the Galaxy S Advance is set to hit Russia sometime in February, with a rollout to CIS, Europe, Africa, Middle East, Southeast and Southwest Asia, Latin America and China shortly thereafter.

SEOUL, Korea – January 30, 2012 – Samsung Electronics Co., Ltd, a global leader in digital media and digital convergence technologies, today announced the launch of the Samsung GALAXY S Advance. Designed for those who define themselves by the phone they carry, the GALAXY S Advance strikes a balance of style, power and performance. It will be available in Russia starting from February, and then be gradually rolled out in CIS, Europe, Africa, Middle East, Southeast and Southwest Asia, Latin America and China.

“The GALAXY S Advance adds to the successful track record of the GALAXY smartphone range with a phone that combines power and style with all the versatility of Samsung’s Hub services,” said JK Shin, President of IT & Mobile Communications Division at Samsung Electronics.

Powered by a dual core 1.0 GHz processor and HSPA 14.4 Mbps connectivity, the GALAXY S Advance has been built with power and connectivity in mind, delivering great versatility and a highly responsive user interface for easy multitasking. Application start-ups are faster with virtually no lag time, and the user experience is boosted with smoother screen transitions, faster image processing, and enhanced Web download and browsing performance.

The GALAXY S Advance’s curved glass design enhances handling of the phone and fits the user’s facial form easily and naturally. Its 4.0” Super AMOLED display provides the stunning visuals users have come to expect of Samsung GALAXY smartphones, offering unparalleled color reproduction and ensuring that photos and videos captured with the device’s 5MP camera can be enjoyed with vivid clarity.

The GALAXY S Advance also features Find My Mobile, a unique lost-phone management system that ensures secure phone data encryption in case of phone loss, and that enables users to trace their lost phone directly via the Web or even delete the device’s data remotely.