There's no shortage of weather apps in the Android Market - they're all pretty useful and give basically the same information. So how do you make one that stands out? If you ask OneLouder Apps, the same guys behind apps like Tweetcaster, Friendcaster, and BaconReader, they'd tell you to make it one of the most visually stunning apps in the Android Market. And that's exactly what they've done.

The app is called 1Weather, and we've never seen anything quite like it.  Not only is it one of the most gorgeous apps we've ever seen, but it's also extremely functional, informative, and customizable. Enough chatter, it's screenshot time.

Update: We pinged OneLouder to find out why 1Weather is limited to the U.S. and incompatible with so many device. Here is what they had to say:

We’ve received quite a few customer support inquires as well and are evaluating our options as we speak due to the mass of requests. There was a reason it was initially set to US-only and a limited set of devices. I’ll have a formal statement about our plans before the EOD today. Stay tuned…

Update x2: It may be a day later, but OneLouder just made an official announcement. Check it:

For background - While we went ahead and released 1Weather in the Android Market last week, we hadn’t officially announced the product yet as there were still a few items we were working through. Here is an update on the items you outlined below:

1. International support – we will be updating the product to support international locations very soon (likely before the end of this week). However, we will not be able to support Radar outside of the US.

2. Device support – 1Weather was specifically built for higher-end Android devices based on resolution as it uses heavier animation and graphics than other apps. To ensure the best performance we decided to limit to the best devices and do not have any plans right now to change that.

Look for a blog post/tweet from us explaining more about this later today at http://onelouder.com/blog/.

Update x3: The OneLouder blog has been updated with a post about 1Weather and the issues that some users were having. 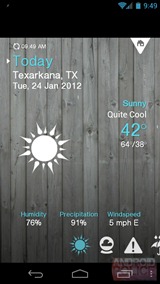 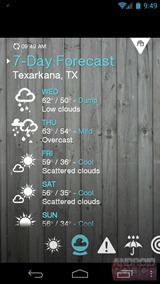 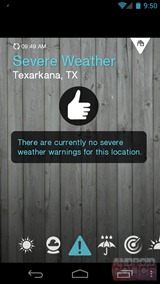 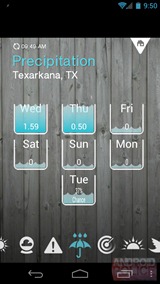 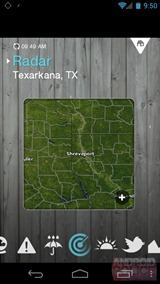 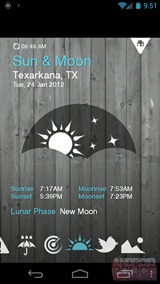 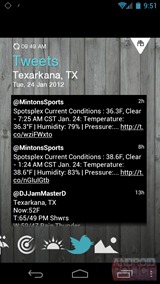 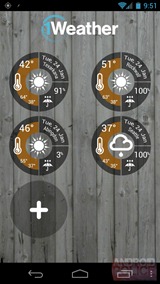 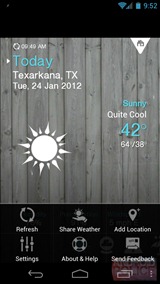 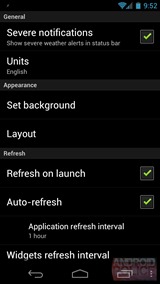 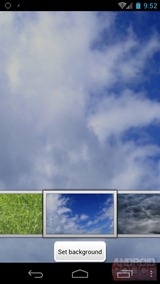 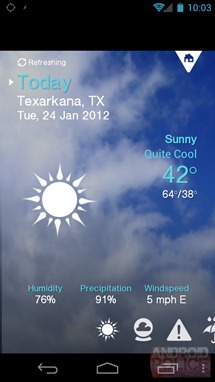 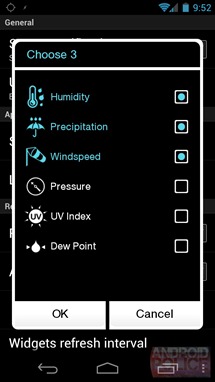 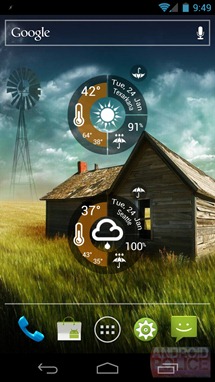 Amazing, no? This app can basically tell you ever weather-related fact that you could possibly want to know, all in an clean and elegant package. You can customize the info displayed on the main screen by choosing three of the six available categories, so you'll always have quick access to the info that's most important to you. The UI is so smooth and transitions are seamless, the entire experience is really top-notch.

So, how much does this much weather-filled beauty cost? Not a thing - it's totally free in the Android Market. Hit the widget below to grab it.

This app is not available for tablets.
Update: Since the app only seems to be available in the U.S., we pulled the apk so everyone can give it a try. 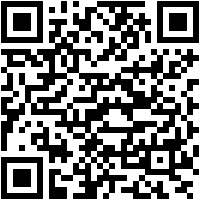