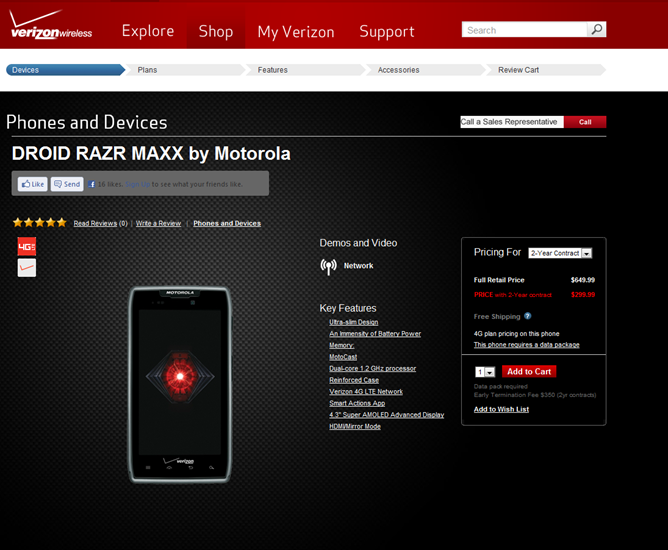 If you were following along with us and the action of CES, then you undoubtedly caught the announcement of the Droid RAZR MAXX, an 8.99 mm thin beast packing a 3,300 mAh battery that will likely outlast you in terms of needing to recharge. While it is nearly 2 mm thicker than the original Droid RAZR, it is still incredibly thin for how long the battery lasts. It can supposedly blast through 21 hours of straight talk time, and considering the fact that any sane person doesn't talk on the phone for 21 hours straight, the battery will definitely keep you up and running during a day of heavy use.

Around the time of the announcement, we also caught wind of a supposed 1/26 release date, and Verizon confirmed that today. The phone will indeed be available in stores and online on January 26th, and will cost $299.99 with a new two-year agreement. 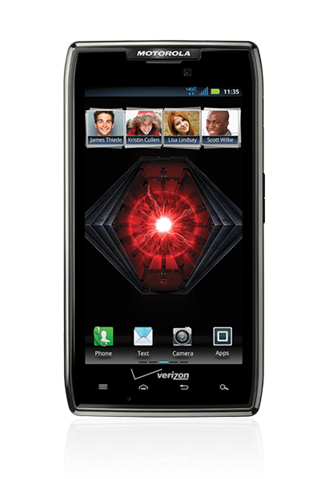 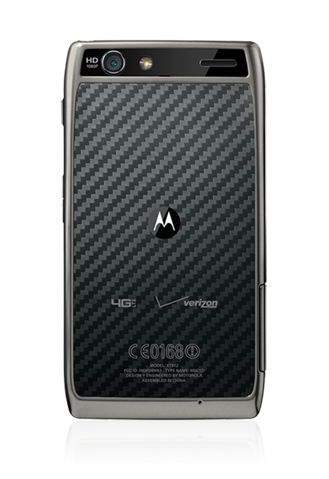 Check the official press release below:

The DROID RAZR™ MAXX™ by Motorola will be available on Jan. 26 in Verizon Wireless Communications Stores and online at www.verizonwireless.com for $299.99 with a new two-year customer agreement. At just 8.99 mm, the RAZR MAXX is the longest-lasting smartphone on the block and still impossibly thin. Customers can have a smartphone with the endurance to talk on the phone for more than 21 hours straight on a single charge. Equipped with the same great features as the original DROID RAZR, customers can expect to rip through the Web at blazing speeds with a dual-core 1.2 GHz processor and Verizon Wireless 4G LTE. Verizon Wireless leads the way in 4G with the fastest and most reliable 4G network in the United States, covering more than 200 million people in 195 markets.

Editorial: Android May Be Winning (Or Not Losing) Battles Against Apple In Court, But Don't ...