The LG Spectrum is probably one of the most impressive phones that you'll find with a sub-$200 price tag in the current market. It may not be packing the insanely powerful NVIDIA Tegra 3 quad-core processor, but don't sell it short - it's a sleek device. 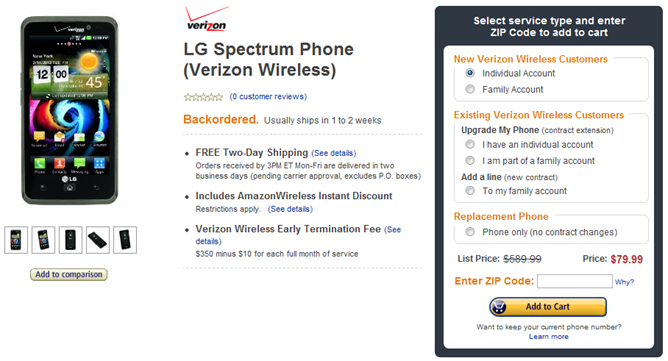 It landed on Verizon just one short week ago for the reasonable price of $200, but that just wasn't good enough for the guys at Amazon wireless. As always, they've slashed the price as much as possible: down to a cool $80 with a new two-year agreement. If you're already on VZW and aching for a new phone, don't sweat it - you can still get a modest $70 knocked off of Big Red's price through Amazon ($130).

If you're ready to make the Spectrum your next Android phone, hit the link below and make it happen.

[Hands-On] Big Fish Games Brings Suspense And Adventure To The Hidden Object Genre With 'The ...