Snapkeys World Record is an app that introduces users to another alternative to the standard QWERTY keyboard layout (dubbed 2i), but adds a twist to mobile typing. The app is not a keyboard replacement, but actually a typing game, challenging users' speed typing abilities using the app's unique keyboard system. Snapkeys World Record allows users to challenge each other (and the world record) for fastest typing on a mobile platform.

Snapkeys' keyboard system is based on the idea that keyboards should not take up space on your phone or tablet's screen. In executing this idea, Snapkeys implements a keyboard comprised of four squares, each based on basic letter shapes: 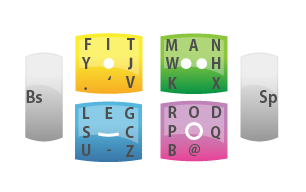 With Snapkeys World Record comes the introduction of Snapkeys invisible interface, which further minimizes the keyboard by only displaying the basic shapes shown above, in addition to the backspace and space keys. 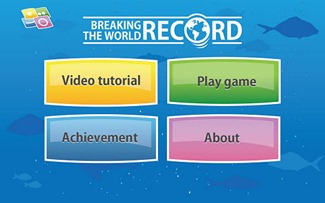 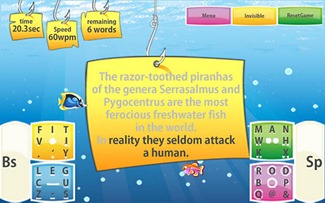 There's no word just yet on whether a practical Snapkeys keyboard replacement app will be released to the general public, but Snapkeys' website indicates that the developers are in talks with "major Smartphone and Tablet manufacturers as well as large carriers," presumably to include the keyboard on future devices. In the  mean time, hit the market link below and take a stab at a world record!

[New App] Photo Calendar – Browse Photos According To Date, Save A Ton Of Time