Since launch, the ASUS Transformer Prime's GPS issues have hampered an otherwise stellar tablet. To make matters worse, ASUS confirmed that the problem was due to the Prime's all-aluminium construction, indicating that a software fix was unlikely. Indeed ASUS was forced to release a new version of the Prime (TF700T), with an updated back panel to improve the GPS functionality. However, ASUS has not given up all hope on the original Prime as a new OTA update (V9.4.2.7) is rolling out, which could fix the GPS drivers.

The OTA update has not gone live for everyone and in some cases it fails during installation. Fortunately, XDA poster DroidHam has outlined a simple fix to update your Prime to the latest version:

It will be a ~300mb zip file. Once its downloaded, extract it, its a zip inside of a zip. Once you get the new zip, place it on /sdcard/ and power off your device.

Once I turned mine BACK on, I went to System, About Tablet and checked for a FW upgrade. It saw the file I put on and allowed me to reinstall 4.0.3 ICS, afterwhich I was able to get tonights OTA.

I know this isnt anything special, but trying to get info out of the current thread is tough.

If your device doesn't see an update after you put the zip on your tab, try powering off, holding POWER and VOLUME DOWN and then pressing VOLUME UP once you get to the screen with tiny text. It will attempt to update that way but fail, and youll get a message once you get back to your homescreen that a update failed and you can attempt it again that way.

The new firmware updates the GPS drivers to version 6.9.13, but unfortunately, our tests suggest that it does not in fact fix the GPS issues at all. As you can see from the screenshots below, we have updated the Transformer Prime with the latest OTA update and we are still unable to get a GPS fix. 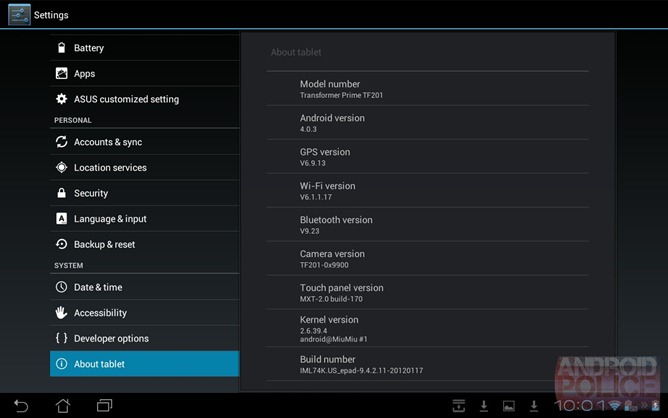 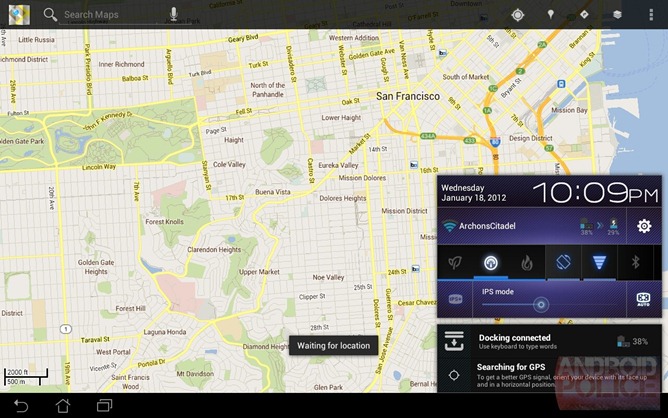 Hopefully, you will have more luck with the latest update. Do let us know how you fare.

Finally, keep in mind that the OTA update will break root on the Prime. So before you update, run OTA RootKeeper, ensuring you don't lose root access. Then you are free to update.