Sony unveiled a couple of new handsets at CES this week - one for the US market (Xperia Ion) and one for the international market (Xperia S). Both are powerful devices and should be the first to be released under the Sony name (not Sony Ericsson), and the latter is now available for pre-order from Clove UK for £467.99 with an expected release at the beginning of March. While the Xperia S will be available in both black and silver, the pre-order is only available for the former, as the latter will be exclusive to Phones4U initially. 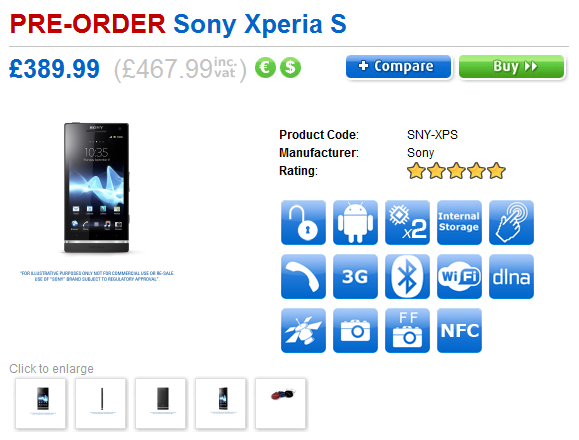 The Xperia S was long rumored as the Nozomi and packs some pretty stellar guts under its ultra-seek hood:

To get a closer look at the Xperia S, check out our hands-on video from CES: