Well, it's official - the "project" Xoom owners have been waiting for is an update to Ice Cream Sandwich, meant as a soak test, expected to last through the weekend. Moto has begun pushing the new software as of 9pm PST. An anonymous tipster has provided us with shots of a private section of Motorola's official XOOM support forum, which confirm that the update is going live to those lucky enough to join the test group. 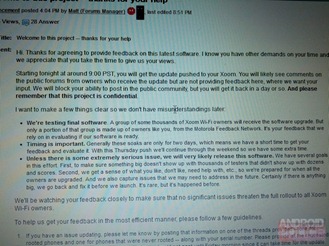 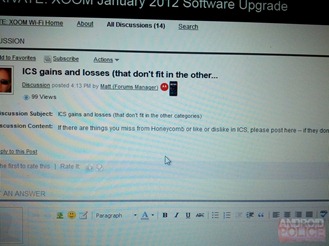 As you can see, Moto has indicated that they do in fact plan on releasing this software very soon, unless "there is some extremely serious issue."

While Xoom Wi-Fi owners lucky enough to participate in Motorola's project test out Ice Cream Sandwich for the tablet that launched Honeycomb, other users can look forward to an update to Android's latest and greatest iteration any time now.

and flash it yourself if you have a U.S. Wi-Fi-only XOOM running HTK75D (motorola/tervigon/wingray : 3.2.1/HTK75D/190830 : user/release-keys) by using the instructions from here. This particular update file will not work if you have any other model, so don't even try with a non-U.S. or 3G/4G XOOMs.

Note that this may not yet be the final version of ICS, but if everything goes well, you should be receiving the update OTA in just a few days. Are you patient enough for that? 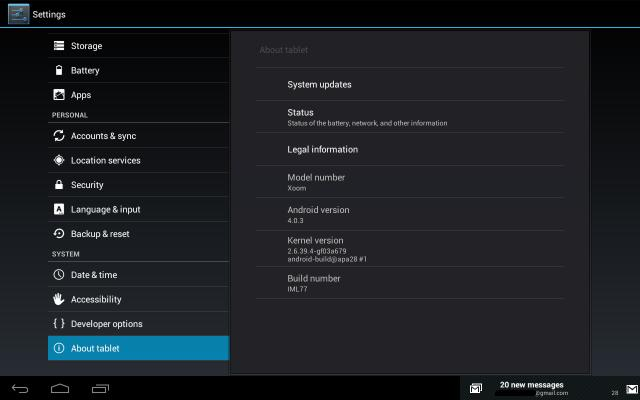