We stopped by the Sony booth earlier this morning at CES, and got some hands-on time with the very first Sony smartphones (Sony-Ericsson is no more, subject to regulatory approval) - the Xperia Ion and the Xperia S. While these devices were designed before the Sony Ericsson breakup, they'll be marketed as Sony devices when they hit retail channels.

First up is the Xperia Ion, announced a couple of days ago by AT&T. As you may already know, Sony's upcoming flagship device (headed to AT&T in Q2) will be powered by a dual-core 1.5GHz processor, 4G LTE, and features a 720p display with a truly impressive 12MP rear shooter. We got some hands-on time with the Gingerbread-running device (though an ICS update is in the works), and were generally very impressed. 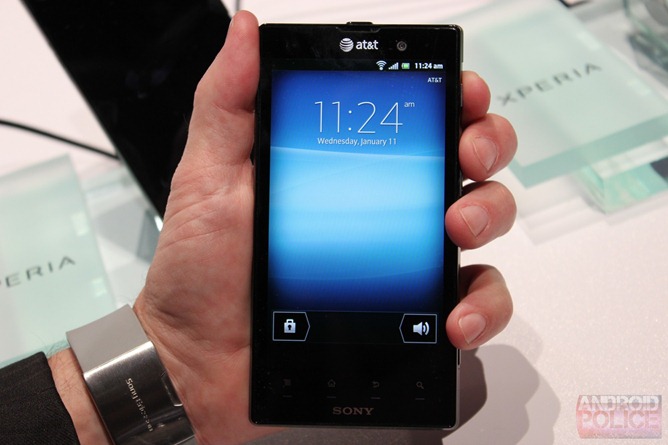 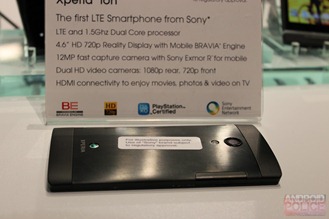 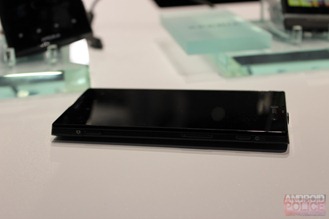 The massive 4.6" display is still relatively narrow, and fits fairly comfortably in the palm of your hand. The 720p display looks sharp, vivid, and bright, and while it's no SAMOLED Plus in terms of color, we certainly couldn't see ourselves complaining about it. The smaller model, the Xperia S, is quite similar to the Ion in most ways, though there are a couple key differences. The Xperia S will not be headed to any carrier as a subsidized device in the US, does not feature LTE, and also has a smaller 4.3" (but still 720p) display. Sony plans to market the S based more on its design (it is admittedly quite pretty) than the Ion, while still offering the same performance and great camera. Take a look: 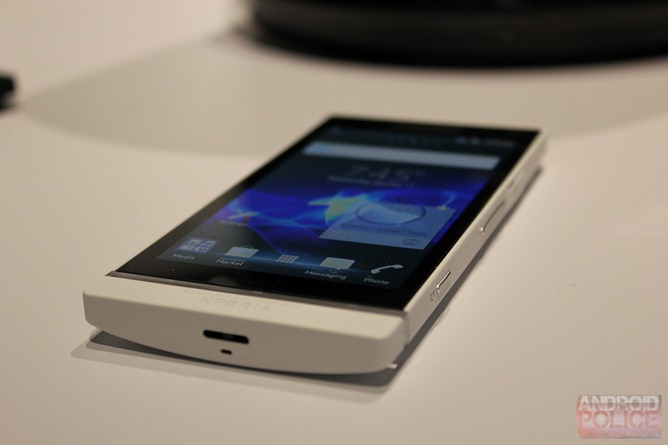 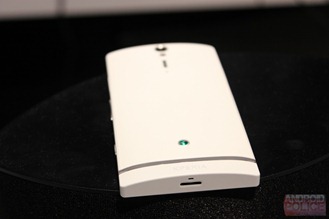 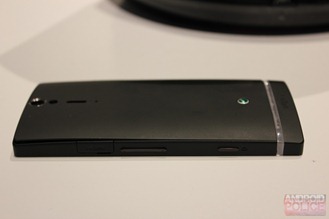 And here are our hands-on videos for both devices:

And about that camera - it's pretty damn fast. Sony claims the time from homescreen to first shot (via the hardware camera button - yay!) is just 1.5 seconds, and each photo after that will take a little under a second to snap. Sony's demo convinced us, and you can see it in the hands-on videos for both devices. While there are faster shooters out there (eg, Galaxy Nexus), the Ion and S are capturing much larger 12MP images in fairly impressive time. While we didn't look at the end results on a larger display, last year's Xperia devices like the Arc were lauded for the quality of their photos. We expect no less from the Ion and S.

That 12MP shooter will also record 1080p video, and the front-facing camera manages 720p. With the latest Nexus device having what has been called in polite company a "mediocre" camera, it's good to see some Android manufacturers are taking image and video capture quality on smartphones seriously.

Both the S and Ion will be running Android 2.3.7 out of the box, with an ICS update coming for the XPERIA S some time around Q2, and Sony indicated to us that the Ion would have an even quicker turnaround for an ICS update, so long as AT&T doesn't present any unexpected obstacles to the update QA process. Sony also told us that because these were the first true Sony smartphones, the S and Ion would be "PlayStation Certified" and have access (eventually) to an upcoming PlayStation game store for Android. Pricing wasn't announced, but you can expect the Ion to hit AT&T some time in Q2 (Sony was not able to even say early or late in the quarter, unfortunately).