The Ar.Drone, an awesome quad-copter by Parrot which we took a close look at back in September, just got a major upgrade. Parrot has unveiled the Ar.Drone 2.0, which brings many revisions (enhancements) to the original concept.

Update: Here's a look at the Ar.Drone 2.0 in action. Watch it flip!

One of the most notable improvements is that the drone's onboard camera can now beam 720p HD video back to your device. Parrot's new control app also makes it easy to record and share flight video. This app, by the way, supports iOS and a wide, wide range of Android devices including phones and tablets. 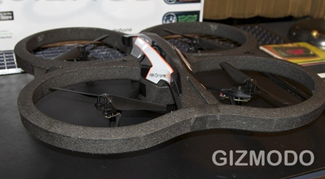 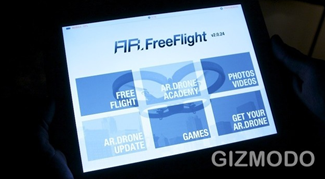 The drone's body has also gotten a makeover, increasing durability and strength. Stability has also been greatly enhanced, due to dual ultrasound sensors that detect the drone's position relative to the ground and flatten the device when flying at heights under 6 meters, as well as a pressure sensor which increases stability at higher altitudes. Of course, the drone is linked to your device via Wi-Fi, so there are limits on how far up the quad-copter can go in the first place. 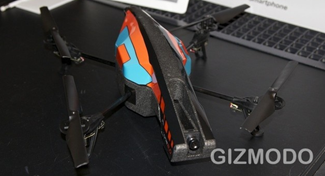 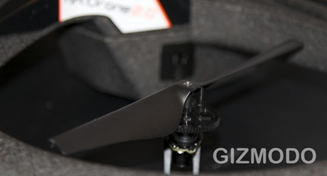 The Ar.Drone 2.0 also senses the user's position, enabling tilt controlled piloting based on your own perspective. The option to control the drone using its onboard camera is still present for advanced users, however.

While an exact release date is not yet available, the Ar.Drone 2.0 should be available in Q2 2012, for a cool $300. Of course we'll be here to cover any further details that roll out.