Recon Instruments, creators of wearable goggle technology powered by Android called MOD Live that we got so excited about at CES 2011, have officially announced the impending release of an SDK for Android, due for launch in May 2012. Recon also announced Polar, the first app made using the SDK, that connects a Polar WearLink+ heart rate monitor to MOD Live and allows the MOD display to become a "biometric reader that delivers an athlete's heart rate in real time while they ski or snowboard."

For those not in the know, the Polar WearLink+ transmitter is essentially a Bluetooth-enabled heart monitor that can send heart rate information to a variety of compatible applications (in this case, the new Polar app). Other apps already pre-installed on Recon's sophisticated MOD (Micro Optics Display) Live goggles give athletes a vast array of information, from GPS-based trail maps, to music playlists, vertical distance, speed, and more. In fact, Artem is testing a set of these MOD Live goggles this season... that is if it ever snows in Tahoe. 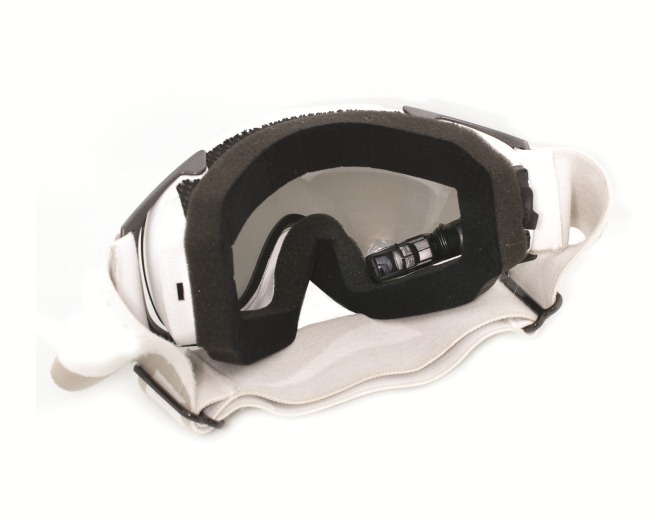 If Recon's GPS-enabled goggles weren't awesome enough, a full SDK is sure to be icing on the cake, opening up a ton of possibilities, and giving the Android community one more device to tinker with.

LAS VEGAS – January 10, 2012 – Recon Instruments, award winning innovator of Micro Optics Display (MOD)
technology for action sport athletes, is excited to announce a Software Development Kit (SDK) launch in May
2012 for the Android based MOD Live and compatibility with Polar WearLink®+ transmitter with Bluetooth®.
The Android-powered MOD Live near eye device provides skiers and riders with a variety of instant information,
and application developers with a unique opportunity. The company is currently working with strategic partners
to develop apps for the MOD Live using a limited release SDK for Android.

“The Polar app is the first app created using the SDK for MOD Live,” said Darcy Hughes, Chief Marketing Officer
Recon Instruments.  “The app transforms our display into a biometric reader that delivers an athlete’s heart rate
in real time while they ski or snowboard.”

The app allows the Polar WearLink®+ transmitter with Bluetooth® to communicate with the MOD Live via
Bluetooth.  The real time beats per minute (BPM) widget appears in the Recon Instruments’ dashboard app,
which also displays speed, temperature, and vertical on MOD Live’s virtual 14 inch display.